Colorado among schools Aaron Butler considering after decommitting from USC 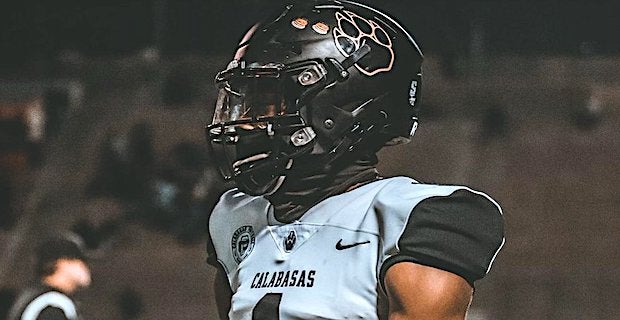 Calabasas (Calif.) four-star 2024 athlete Aaron Butler was committed to playing for USC for nearly a year, but he has changed his mind.

On Wednesday, Butler announced via Instagram that he has re-opened his recruitment.

According to 247Sports, Butler says he will be trimming his list to 10-12 schools. Among the ones he’s considering right now are Washington, Tennessee, Oregon, Georgia, Alabama, Colorado, LSU and Texas A&M.

Colorado may have an inside track over the others, considering the Butler family’s connection with their new head coach. Butler told 247Sports that his dad (who played with Prime in the NFL) knows Deion Sanders well:

“My dad knows Deion Sanders really well and played with him on the Baltimore Ravens. That was Deion’s last season playing in the league and after his last game, he gave my dad his cleats. My dad always talks about what a great teammate he was and how he was always dropping knowledge and not even about football but about life and spiritual lessons.”

Butler is a combo wide receiver and cornerback who totaled 830 yards and 13 touchdowns as a receiver plus four pass breakups and one interception as a corner as a Junior. He also scored two rushing touchdowns on his only two carries of the season, averaging 30 yards per attempt.