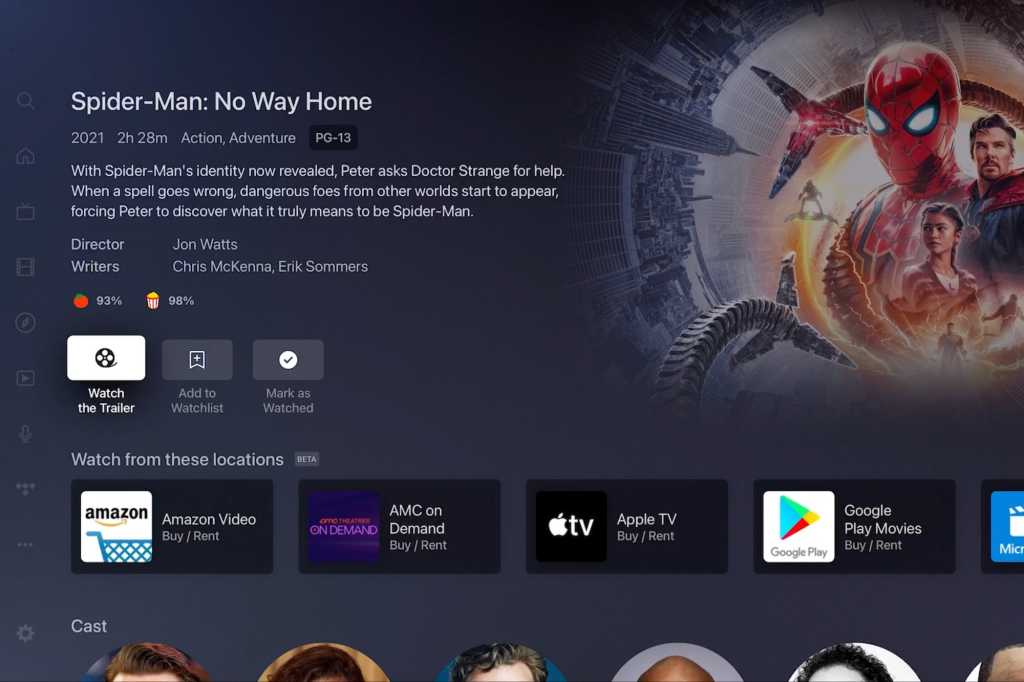 Amazon has sent a message to alternative menu systems on Fire TV: You’re not welcome here.

According to Plex vice-president of marketing Scott Hancock, Amazon no longer allows apps running on Fire TV to deep link into other apps. That means Plex’s “Discover” feature, which helps users find things to watch across all their streaming services, no longer works properly. While you can still use Plex to look up things to watch, you can’t actually get to that content via the Plex app.

“They asked us to remove that [feature], basically,” Hancock said in an interview last week. “I think that they changed their policies.”

Amazon’s Fire TV menu system is currently a mess. It gives you no control over which streaming sources appear on the home screen, and its recommendations are overrun with sponsored content and promos for Amazon’s own video services. There’s also no easy way to pick up where you left off on a show unless it comes from Amazon Prime Video.

Universal guide apps such as Plex and JustWatch provide an unbiased way to navigate your streaming options. With these apps, you can choose which streaming sources to see, then browse across all of them in a single menu. You can also create watchlists that sync across all your devices, regardless of platform.

When Plex launched its universal guide feature, called “Discover,” last April, it included the ability to link directly into other apps on several platforms, including Fire TV. Users could then select a movie or show in Plex and jump directly into the corresponding app.

After launch, however, Amazon changed its developer policies to forbid this behavior, Hancock said. Plex has complied and removed deep linking from its Fire TV app. The feature continues to work in Plex’s Apple TV and Android TV apps.

It’s worth noting that Roku also prohibits third-party apps from this sort of deep linking. For that reason, Plex never included the feature in its Roku app, and other guides, such as JustWatch, haven’t launched on Roku at all. The difference with Fire TV is that Amazon apparently changed policies after Plex launched its Discovery feature.

Amazon has become a leader in streaming TV devices by offering capable hardware at low prices. But as the company looks to make those devices more profitable, it’s also making them less useful for folks who’d prefer to avoid Amazon’s inefficient interface.

Sign up for Jared’s Cord Cutter Weekly newsletter for more advice on making sense of streaming.