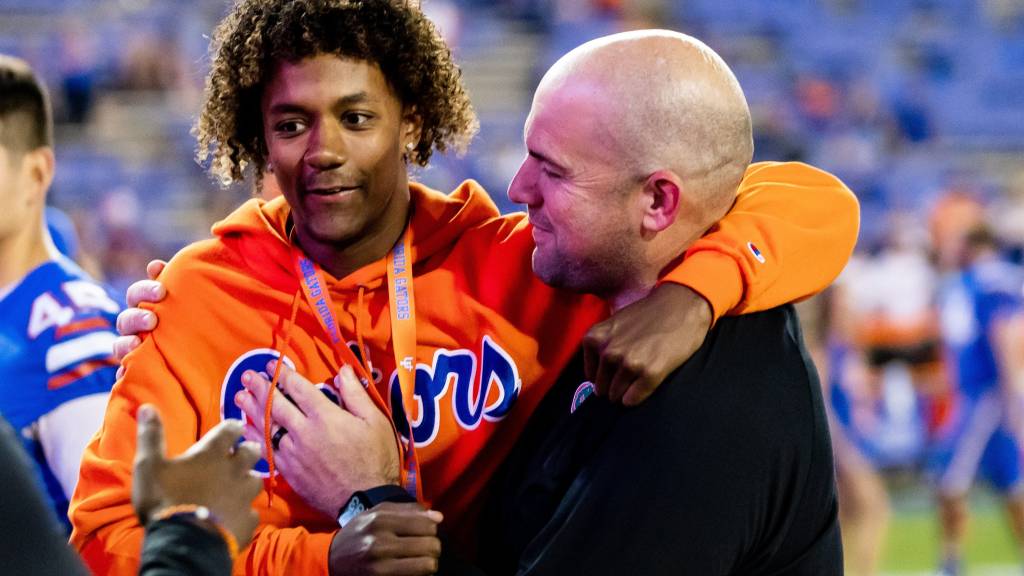 USA TODAY High School Sports‘ Friday Night Notes is a weekly high school recruiting recap that looks at the latest news from around the country—from the Class of 2023 to ’24 and beyond.

Absolute chaos! That’s been the state of the transfer portal for several weeks now, as college players and high school recruits all over the country explore their options in a brave new world of long overdue compensation for student-athletes. Unfortunately, verifiable details about NIL deals can be hard to come by and reporting on them has presented unprecedented challenges for the industry.

This week the level of intrigue reached a new peak, embodied by the still-unfolding recruitment between one of the top QB prospects in the class of 2023 and the Power 5 school he’s (maybe) committed to.

Specifically, the ongoing drama between Pittsburg (Calif.) four-star quarterback Jaden Rashada and Florida is about as confusing as recruiting news gets. It’s also a highly-fluid situation. For the complete story of Rashada’s recruitment, we recommend G. Allan Taylor’s thoroughly detailed timeline this morning in an excellent piece for The Athletic.

On June 26, Rashada announced his commitment to Miami even though Florida was considered his favorite. Things changed on November 10, when Rashada and the Gator Collective agreed to terms on a $13 million NIL deal to get him to flip. There’s understandably been a great deal of resistance to that figure being accurate, but that’s what Taylor’s source says. In any case, after signing his deal, Rashada officially flipped to Florida.

This is where things got really weird…

On December 7, Eddie Rojas, the CEO of the Gator Collective sent a termination letter regarding the contract. According to The Athletic, there are conflicting reports as to why.

Earlier this week, the Athletic got a report that said Rashada would not be enrolling at Florida. Then on Thursday, Pete Nakos of On3 reported that Rashada requested a release from his letter of intent with Florida. However, Rashada’s father Harlen has refuted that report.

Harlen Rashada, the father of 4-star Gators QB commit, tells The Athletic his son “has not filed for a release from Florida.”

In a statement, Rashada’s father also said they’re in constant talks with Florida but admitted things would get challenging if he’s not enrolled by the end of today, which is the final deadline for students to start the spring semester.

If there is an update on Rashada’s status later today, we’ll share it here. 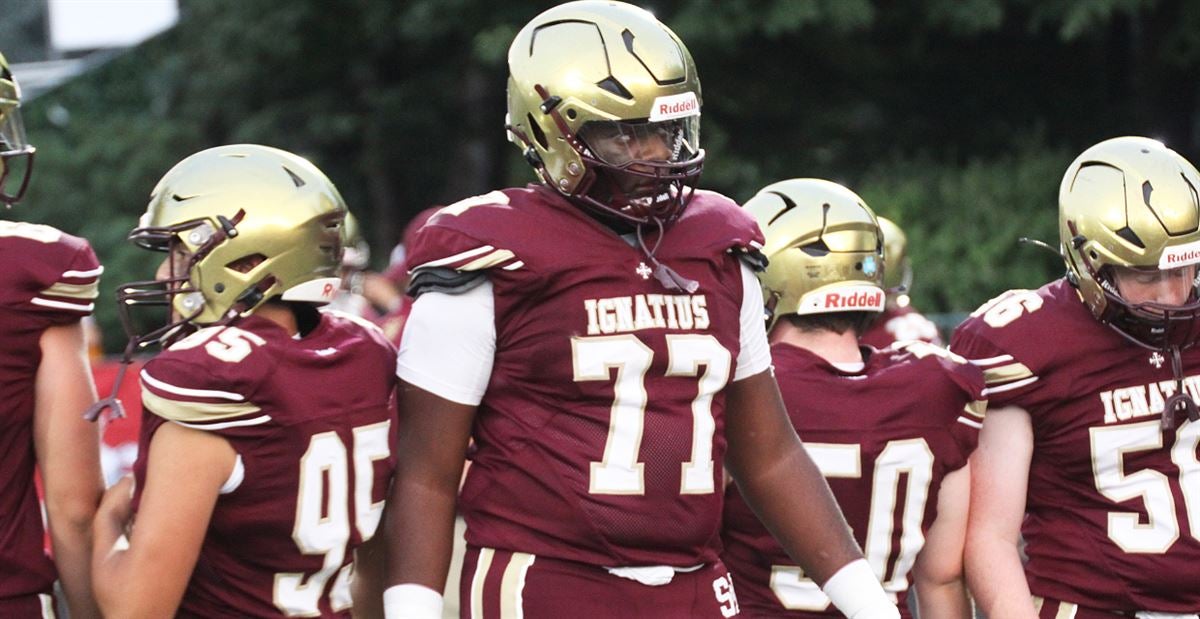 While we wait for a resolution on Rashada’s status, let’s check in with a couple of other high-end recruits. First, St. Ignatius (Chicago, Ill.) five-star defensive lineman Justin Scott has narrowed his list down to eight schools.

Scott has 33 offers all together, but his final eight are Notre Dame, USC, Oregon, Ohio State, Alabama, and Michigan, Colorado and Miami. Here’s a video of Scott breaking down his finalists with Rivals.

Five-star DL Justin Scott is down to eight schools — USC, Notre Dame, Colorado, Oregon, Miami, Ohio State, Alabama and Michigan.@Rivals_Clint sat down with him talk about his finalists: https://t.co/lvkPymiuz3 pic.twitter.com/SN2COuibda

For what it’s worth, On3 is projecting that Scott will stay close to home and pick Notre Dame.

Going by the composite rankings, Scott (6-foot-5, 310 pounds) is ranked No. 4 at his position and first among prospects from Illinois. He’s currently placed at No. 18 overall in the class of 2024. 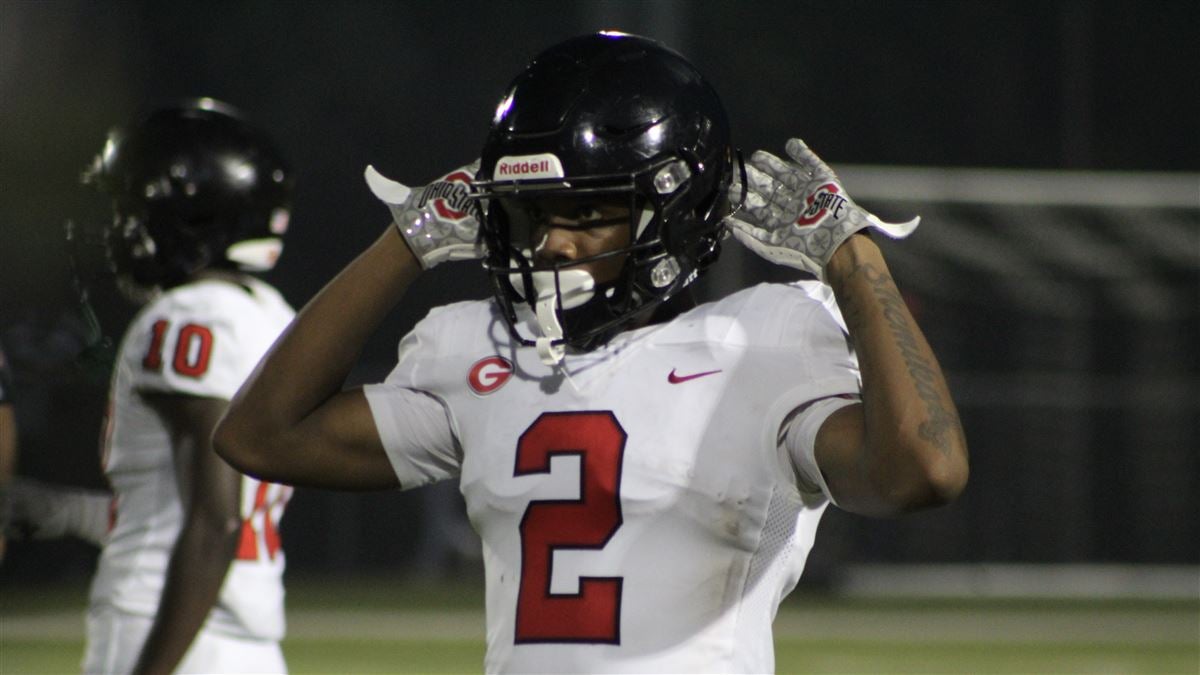 Another elite defensive prospect making his decision soon is Glenville (Ohio) five-star cornerback Bryce West. According to a report by Steve Wiltfong at 247 Sports, West will visit Michigan this weekend.

West (5-foot-11, 177 pounds) is ranked fourth at his position and No. 1 overall in the state. He has offers from 20 other schools, though – including Ohio State. 247 Sports is projecting that’s where he’ll end up committing.

If West picks the Wolverines, he may not get the head coach he signed up for. Jim Harbaugh has helped make Michigan a recruiting powerhouse in recent years. However, he’s in a bit of hot water at the moment. Last week we learned Harbaugh and his program were under investigation by the NCAA for alleged recruiting violations.

Harbaugh may be considering leaving – as he was reported to be interviewing for the Denver Broncos’ head coach job earlier this week. The Carolina Panthers have also reportedly expressed interest in hiring him. Harbaugh’s former NFL division rival Pete Carroll made a similar move when he got into recruiting trouble at USC before jumping to coach the Seattle Seahawks.