Stadia Controller Getting Its Last and Most Important Update:… 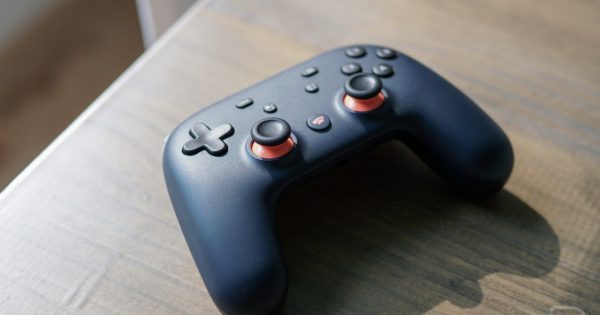 The Google Stadia Controller is a really nice controller to game with. The quality of it was apparent from the minute I first tried to fire up the game streaming service that will soon be shutdown. One of the few problems with the controller has always been that it really only worked with Stadia using a WiFi connection, even though it had Bluetooth. Probably to lock you in to Stadia, Bluetooth on it was locked and wouldn’t allow for it to be used as a generic Bluetooth controller with your Android phone or other gaming setup.

Today, Google announced that it will let the world unlock Bluetooth on the Stadia Controller. This is excellent news for those of us with a Stadia Controller or two that would like to use the device going forward in other ways, now that Stadia is dead. The last thing I wanted to do was have to throw these controllers away, especially knowing that they have Bluetooth and could find other uses.

In a forum post, Google said that a self-serve tool will be released next week to allow you to enable Bluetooth connections. This is likely just an unlock tool that will open up Bluetooth on the controller, so that we can connect to other devices.

Once we have additional details or a link to said tool, we’ll be sure to let you know.

In related news, I figure I should check to make sure that you’ve all received your Stadia refunds at this point? I know I have seen several Stadia-related charges come back into my account in recent weeks for both games and hardware. You should have seen them.

As someone who tried Stadia a handful of times, but never found a game that captured my attention for long enough because I’m really just a Call of Duty gamer, this is wonderful news to hear. If anything, this gives us a solid controller to use for Call of Duty Mobile or all sorts of other mobile game.

The Marshall Middleton Bluetooth speaker is ready to rock