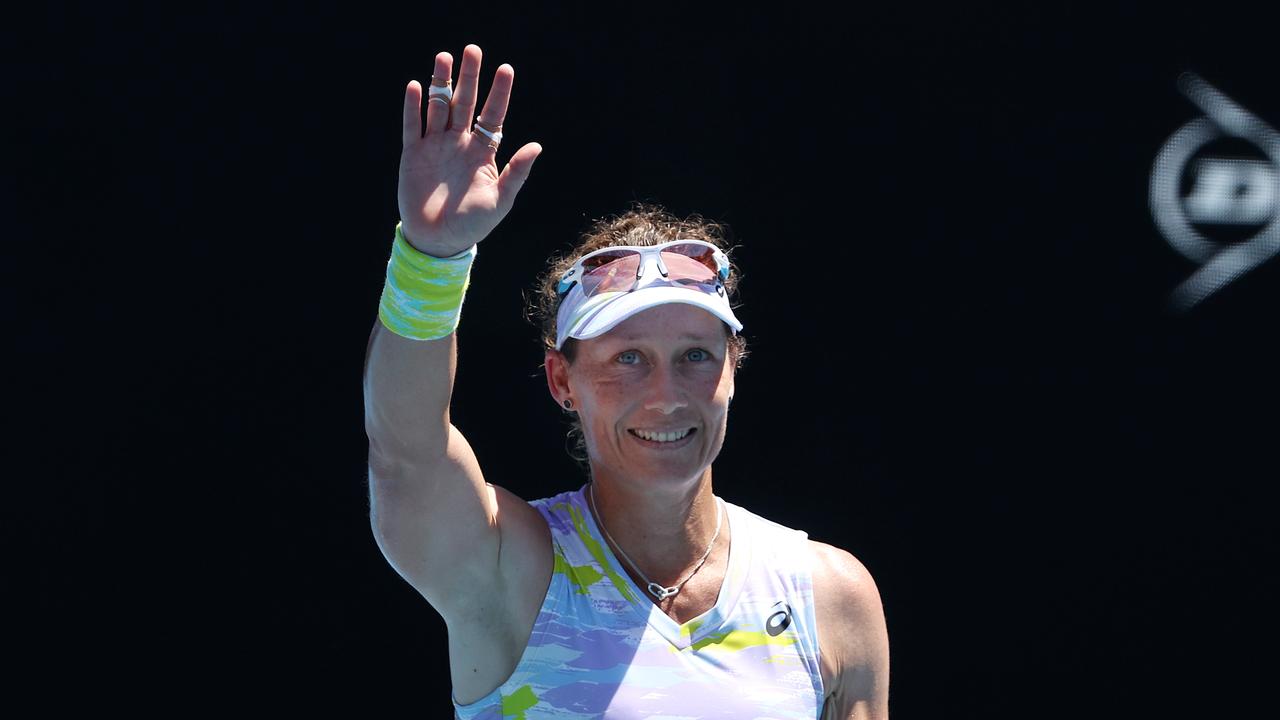 Former World No. 4 Sam Stosur has dropped a retirement announcement on the eve of the Australian Open.

Sam Stosur has announced her retirement from professional tennis, with next week’s Australian Open to be the final tournament of her illustrious career.

The 38-year-old, who will embark on Melbourne Park for her 21st Australian Open on Monday, said it comes with mixed feelings, but she is grateful to finish at her “favourite” slam.

The 38-year-old, who won the 2011 US Open, will compete in the mixed doubles with Matthew Ebden and the women’s doubles with Alize Cornet.

The end of those campaigns will mark her retirement from the sport.

“I’m so excited to be back at Melbourne Park playing in my 21st Australian Open, but it’s with mixed feelings that I also share with you that this will be my last tournament,” Stosur told her fans on Instagram.

“I feel so happy and grateful to have the opportunity to finish playing at my favourite slam – my home slam – in front of my Aussie fans, friends and family.

“Even though I’ve made the decision to retire from the sport I absolutely love, a small part of me would be happy to keep playing forever.

“For now, I’m looking forward to getting on the court one last time in front of my amazing fans, who are the reason I go out there and play the sport I love, and enjoying this wonderful ride one last time.”

The ageing star has won 37 titles in singles and doubles across her career, reaching a career-best singles ranking of fourth in 2011.