An already ravaged Australian Open field has taken another hit, with a high-ranking Aussie announcing their withdrawal from the tournament on Saturday. Get the latest here.

Aussie ace Ajla Tomljanovic has stunned the tennis world by withdrawing from the Australian Open on the eve of the tournament.

Tomljanovic was scheduled to front the media at 3pm on Saturday to discuss her chances of carrying on from Ash Barty’s glory 12 months ago.

But the 29-year-old took to Instagram shortly before 1pm to announce she had pulled out through injury.

“It absolutely pains me to have to write this message but unfortunately I won’t be able to compete at this years Australian Open,” Tomljanovic wrote.

“I’ve done absolutely everything in my power to get healthy but just ran out of time to heal and be 100% ready to compete at a high level.

“It’s been a very tough decision to make but I have to listen to my body.

It’s no secret that this is my favourite place to play so it hurts to miss out on a great opportunity to play in front of my home crowd and to be surrounded by the incredible love and atmosphere.

“To all my Aussie fans, I wanna say thank you for always supporting me and cheering me on, I’m gonna miss you guys big time this year.”

Tomljanovic, who famously ended Serena Williams’ career at last year’s US Open, had been scheduled to play Nadia Podoroska in the first round.

The 11th seed had been in excellent form but withdrew after failing to recover from an injury she sustained at the Adelaide International.

Badosa posted on Twitter: “Bad news…During the quarterfinal match in Adelaide, I hurt myself and after receiving the results I will have to be out a few weeks.

“Sad to miss the Australian Open this year, really going to miss it. I will do everything I can to return as soon as possible.”

Although Friday’s encounter between Novak Djokovic and Nick Kyrgios was an exhibition, it showed both men appear to have shaken off their injury concerns and ready to battle for the Aus Open’s crown. Novak Djokovic and Iga Swiatek start the year-opening grand slam as favourites. ADAM PEACOCK analyses form, the draw and more to see who else is in the mix, and which of the 16 Australians loom large. Thanasi Kokkinakis’ title defence is over after a gallant loss, but the local favourite admits there is a silver lining to his run in Adelaide being over, as all eyes turn to the Australian Open. Holger Rune has three favourite players to watch: himself, Novak Djokovic and Roger Federer. LINDA PEARCE discovers what is fuelling the teenager‘s mission to become the sport’s greatest of all time. The first Grand Slam of the year is not too far away, and we’re taking a look at all the big names and their chances of taking home 2023’s crown. Check out our form guide here, plus predictions from our experts. 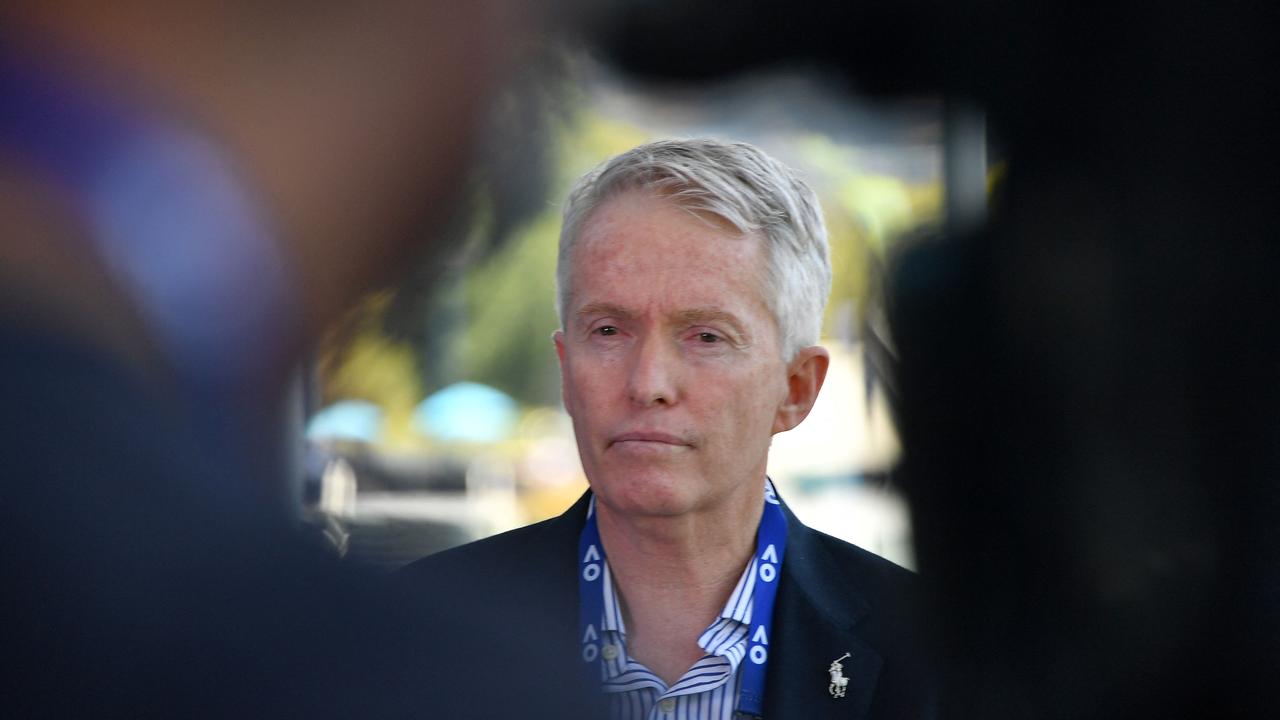 Craig Tiley has made some outlandish statements in promoting this year’s event – but what’s fact, and what is spin? We investigate the truth behind the Australian Open boss’ words.