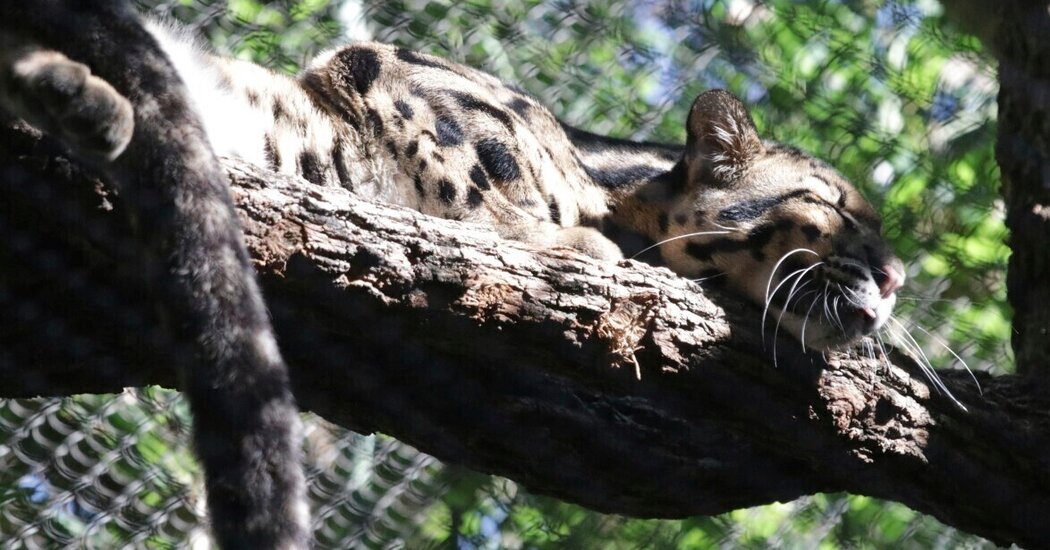 The Dallas Zoo said on Friday afternoon that a clouded leopard that had been missing all day had been recovered after officials said they found a “suspicious” tear in the animal’s enclosure.

Nova, who weighs 25 pounds, was found on the zoo grounds at 4:40 p.m. local time “very near the original habitat, and teams were able to safely secure her just before 5:15 p.m.,” the zoo said on Twitter. She did not appear to be injured, the zoo said.

The police said they had opened a criminal investigation into Nova’s disappearance.

Officials said they found a tear in the mesh in the zoo’s two-story clouded leopard enclosure. Investigating further, they found Luna, a 3- or 4-year-old clouded leopard, safely in her habitat. But Nova, her sister, was gone.

Sgt. Warren Mitchell of the Dallas police said at a news conference on Friday afternoon that crime scene investigators had determined that the tear in the mesh had been made intentionally.

Harrison Edell, the zoo’s executive vice president for animal care and conservation, said that members of the zoo’s staff believed that Nova and Luna were both still in their enclosure at 1 a.m. Friday.

The zoo did not open on Friday morning. Instead, zoo officials issued a “Code Blue,” summoning the police to help address what it described as a “serious situation” after zookeepers discovered that Nova was missing from her enclosure.

Speaking near the end of what he described as “a stressful and frustrating day for all of us here at the Dallas Zoo,” Gregg Hudson, the zoo’s president and chief executive, said the tear was “suspicious.”

“It was clear that this opening wasn’t habitat failure, wasn’t exhibit failure and it wasn’t keeper error,” Mr. Hudson said.

The police arrived at the zoo on Friday morning with drones equipped with infrared capabilities, which they used to help zoo workers to scan the treetops.

At a news conference earlier on Friday, before the criminal investigation was announced, Mr. Edell said that clouded leopards “are designed for life in the trees” and emphasized that Nova posed no danger to humans.

Nova, he said, had probably climbed one and would “stay out of our way, hunt some squirrels and try not to be noticed.”

Clouded leopards are becoming more common at zoos across the country because of their inclusion in a species-survival program, said Paul Frandsen, a professor of plant and wildlife sciences at Brigham Young University.

“The females are a little bit nicer than the males,” Dr. Frandsen said. “But I think, like any wild animal, that they’re not totally domesticated. It’s not like a little cat.”

Clouded leopards are native to Southeast Asia and are listed as endangered by the U.S. Fish and Wildlife Service.

The name refers to the markings on the leopards’ fur, which can look like clouds, but Dr. Frandsen said he likes to think of the name as a nod to their treetop dwellings.