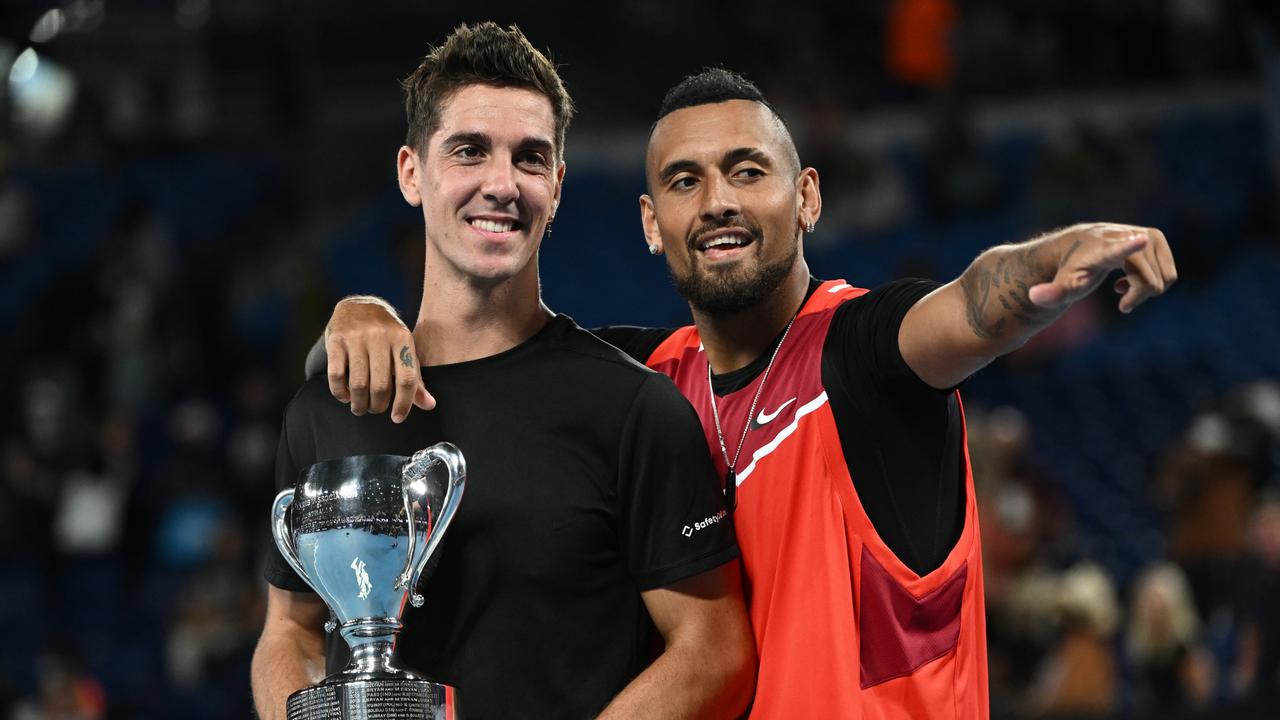 The Special Ks stunned Australia in 2022, but Thanasi Kokkinakis has his doubts over he and Nick Kyrgios’ chances of claiming back-to-back Australian Open doubles titles.

Don’t expect a repeat of last year’s heroics from the Special Ks.

That’s the honest assessment from Thanasi Kokkinakis about the chances of his partnership with Nick Kyrgios delivering back-to-back Australian Open doubles titles.

“No, I don’t,” was Kokkinakis’ response when asked if the Australians could back up again.

“Last year was something we didn’t expect. I remember people messaged me after every match we won being like, ‘You’re going to win this thing’.

“Then it became a possibility from the quarterfinals, a legit thought, we can be better than these guys, we can win.”

Kyrgios has already hinted that singles is the priority and if required he would pull out of the doubles if it became a problem with scheduling.

The pair are seeded No.7 this year with Kokkinakis saying their fortunes revolve around their health.

“We’re going to go out there and give 100 per cent and hopefully we’re both healthy going into it,” he said.

Kokkinakis knows much of their support came off the back of their entertaining attitudes on court and while that style occasionally rubbed opponents the wrong way, there is little doubt it was embraced by the Australian crowds.

Kyrgios is the biggest headline act in tennis and while at times his behaviour has crossed the line for what is and isn’t acceptable, Kokkinakis does believe his doubles partner handles the spotlight well considering the double standards that sometimes exists in media coverage.

“I think sort of some of the stuff he does that maybe people see as negative gets thrown in the spotlight a little bit more than others because of maybe he’s had a reputation for it,” Kokkinakis said.

“A few things, if other players did it, wouldn’t be as sort of focused on as when Nick does it.

“He’s no saint at the same time. He’s done a couple things that are probably warranted. I think some of the stuff is unfair.

“He had a phenomenal year last year. He’s going to continue to give it his all.”