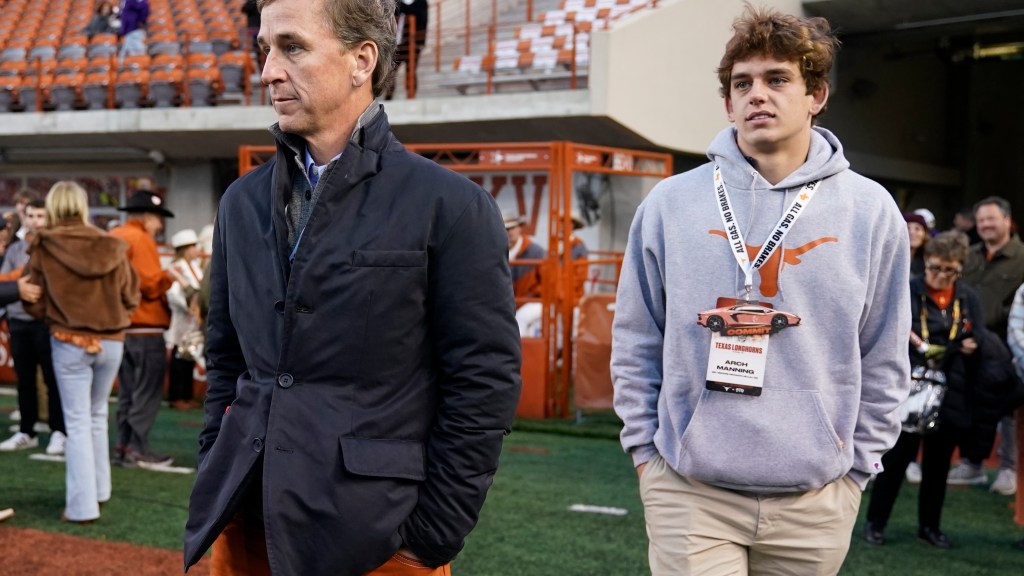 Arch Manning has been a central focus of high school football for the past several years, with the talented quarterback creating a national buzz about possible NCAA landing spots while he racked up records at Isidore Newman (La.) —ones previously held by uncles Eli and Peyton.

But that’s all in the rearview as the top-rated recruit from the class of 2023 landed in Austin to begin his college journey at the University of Texas.

Now, Archibald C. Manning is a college kid. Five-star player-caller, sure. But behind the mask, he’s simply a face on the campus. Like others, he’s getting acclimated to the rush of new experiences, joining a directionally flummoxed crowd of freshmen as he meanders through the campus.

And, apparently, he’s losing stuff, most notably his student ID—a classic college move entwined in a storied tradition that’s as common as losing socks in the dryer.

Of course, when you’re part of the Manning Tree—and possibly the QB1 who will bring the Longhorns back to national glory—there will be tweets.

The Arch Manning era at Texas has begun 🔥 pic.twitter.com/8XbWt01H7y

The Arch Manning era in Texas is off to a rough start 😂 pic.twitter.com/SzdCPzMhxx

As expected, the fumble jokes and QB-related breakdowns were aplenty. But this one stood out among the pack:

And if you lose your student ID more than once…

Arch Manning lost his ID at Texas AGAIN and you have to wonder if this will be noted on his scouting report📉 pic.twitter.com/f0gkYStBDi

Will Arch go for a Three-Peat?