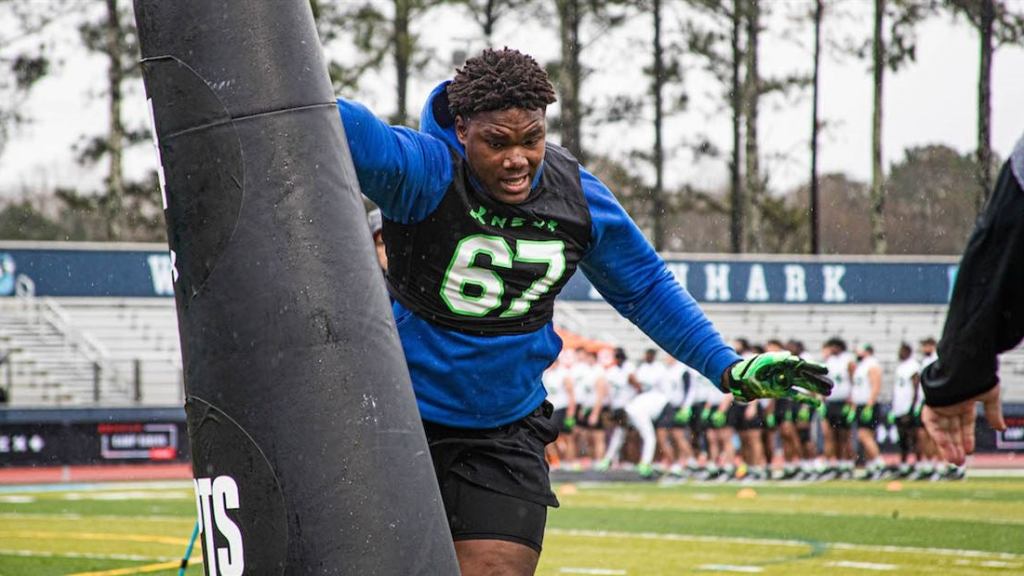 January has been a great month for Kirby Smart and his Georgia program. Not only have the Bulldogs repeated as the national champions of college football in dominant fashion, but they have also picked up commitments from several highly-ranked prospects.

The latest addition is Manchester (Ga.) 2025 four-star defensive lineman Justus Terry, who announced his commitment to Georgia on Monday.

According to On3, Terry admitted it was a hard decision, but after praying over it, he decided deep down Georgia was where he wanted to be.

“It was a hard decision, and I had to think deep down inside myself… I had to pray about it and ask God to lead me to the right decision. I felt deep down that Georgia was where I wanted to take my talents to… If you show that you’re going to work, they’re going to be down for you and welcome you with open arms. It’s just family love. When I step on campus, it feels natural — like I’m at home.”

Georgia won out over 10 other programs that made Terry an offer, including Auburn, South Carolina, Florida and Alabama.

Dylan Raiola: Georgia is the cream of the crop