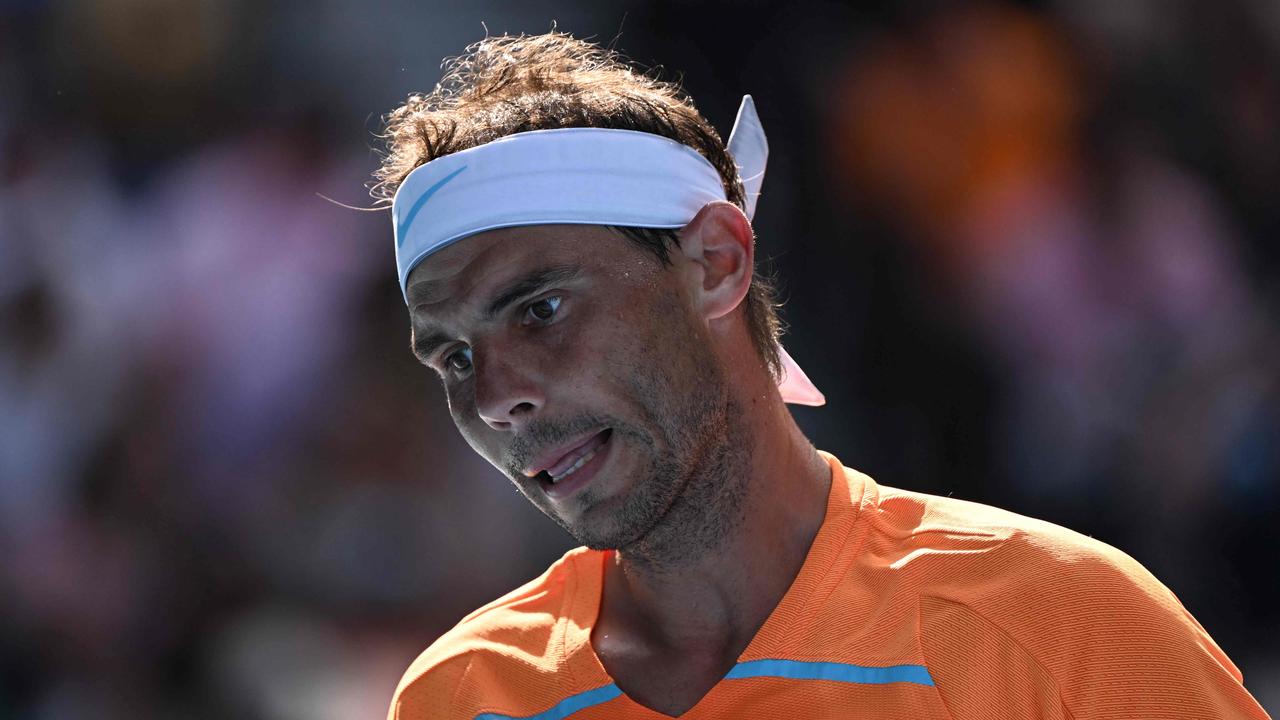 Night one of the “best field ever” at the Australian Open has proved to be a flop with the TV audience less than half that of 2022, with the coverage beaten by Home and Away.

The Australian Open’s “best field ever” has delivered an early blow to broadcasters with a 44 per cent drop in TV ratings for the first night of the tournament year-on-year.

Official figures released on Tuesday morning show the five-city metropolitan audience average dropped to 357,000 for the first night session of the Australian Open, down from 635,000 in 2022.

It marks a 44 per cent drop for the average metropolitan audience when examining all age groups.

The opening night of competition was defeated by quiz show The Chase Australia (477,000) and long-running homegrown soap Home and Away (463,000).

The 18-49 year old demographic also saw a drop-off of more than 40 per cent compared to last year for the night session.

Nine signed a new broadcast deal in November, estimated to be worth $500 million, in the wake of last year’s ratings bonanza and Barty’s historic victory.

Tournament director Craig Tiley last week declared he was “proud of the fact that this year is our best field”.

This is despite the absence of Barty (retired), champion Roger Federer (retired), two-time champion Naomi Osaka (pregnant), Serena Williams (retired), Venus Williams (injured), No. 1 men’s player Carlos Alcaraz (injured), 2018 finalist Simona Halep (doping ban) and the withdrawal of top-ranked Australians Kyrgios and Ajla Tomljanovic due to injury on the eve of the tournament.

“As far as the entries go, every single player – we’ve had a few pullouts as you know from injury, but this is our best field we’ve had both on the men and the women,” Tiley said last week.

There could be some respite for broadcasters with the stronger side of the draw – including nine-time champion Novak Djokovic – in action on Tuesday.

Originally published as Australian Open 2023: Poor tennis TV ratings on night one, beaten by Home and Away