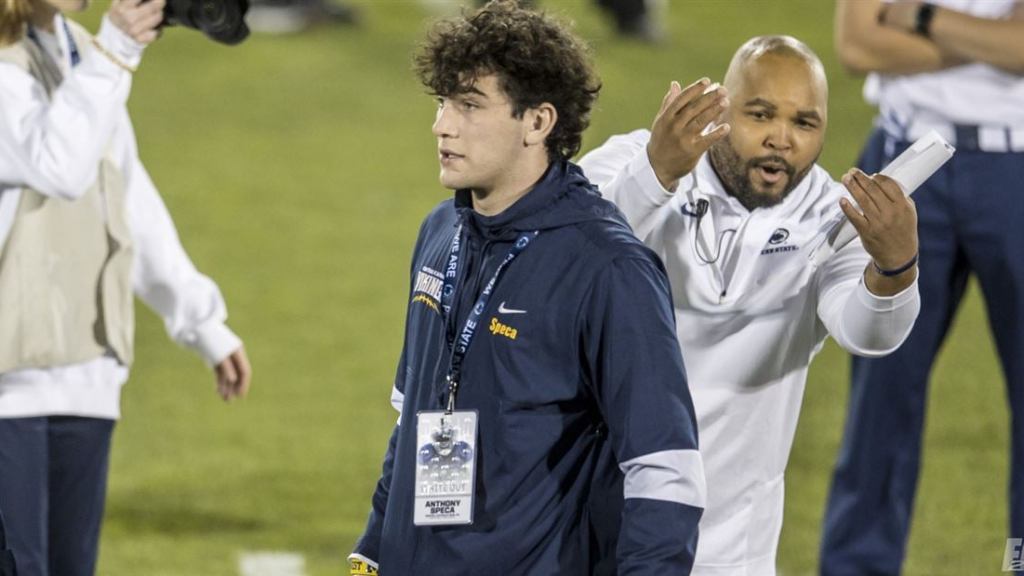 Penn State is keeping one of the top linebacker prospects in Pennsylvannia in the state.

Speca visited the school on Saturday. After announcing his decision, he told 247 Sports it felt like home and has everything that he’s looking for.

“I chose Penn State because it has everything I’m looking for… It’s got the academics, the staff, the culture, the players and it’s all in state. It felt right when I was there. It felt like home.”

It didn’t take Speca long to start recruiting other athletes for the Nittany Lions. Later in the day he shared a pitch for Belle Vernon (Pa.) five-star athlete Quinton Martin, who’s ranked the top overall recruit in the state and 25th nationally in his class.

As for Speca, (6-foot-2, 220 pounds) he is ranked No. 26 among linebackers in the 2024 cycle and No. 9 overall in the state. He chose Penn State over 17 other offers, including several other Big Ten programs like Ohio State, Wisconsin and Michigan and Michigan State.

He is Penn State’s second commitment for their 2024 class, which now ranks No. 21 in the nation. McDowell (Pa.) four-star offensive lineman Cooper Cousins is the other.