Bunce Diary: The Misfits are crossing over but not taking over – Boxing News 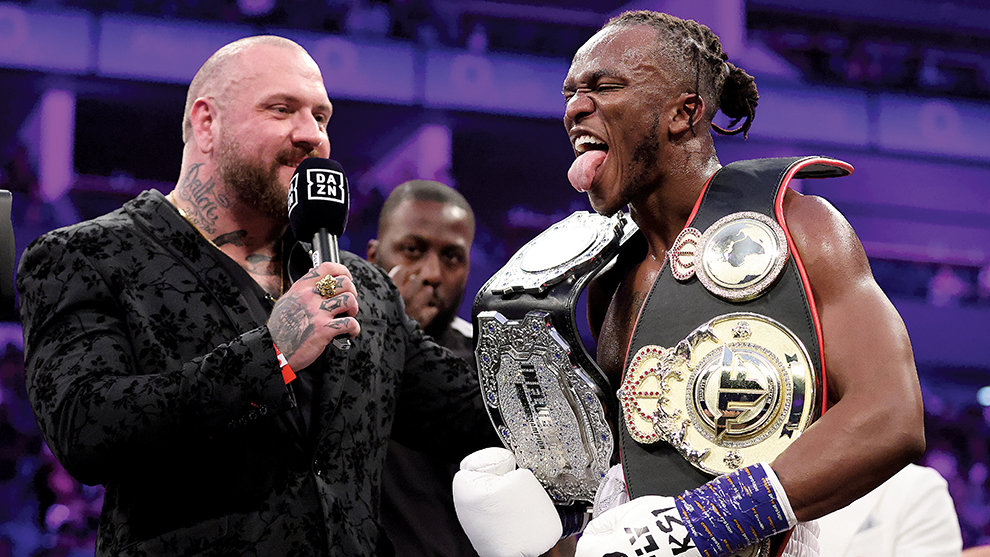 THERE was just a black door on the ground floor of a dull building somewhere near Park Royal in a nondescript part of North London.

It was not the only mystery of the day.

Inside was a boxing gym and the rest, as they say, is history. There was a topless man in denim dungarees and cowboy boots. There were other cowboys, lots of them. Every ten minutes a new outcast from the roll-call of misfits would arrive. And there would be noise, pushing, filming and each one of the fighters would get in the ring for their session.

They were raw, some were very poor. And I’m only talking about the trainers. There were exceptions, sure. Mark Tibbs was regal and his fighter, Elle Brooke, was the classiest thing on display. Elle is a good little fighter now. Too many other trainers let their fighters throw punches in ridiculous routines from some imagined world of boxing. A lot of people were living a boxing fantasy behind that black door.

It was, I guess, all happening in some other world of boxing. Welcome to the cross-over boxing world.

The news last week that DAZN had agreed an impressive five-year deal with Misfits Boxing, the company run and founded by KSI, Mams Taylor and Kalle Sauerland, seemed to upset a lot of folk in the old, old boxing world.

I was at the open training session and, trust me, the outrage is not justified. It’s not needed. This is not a military coup from within, these fun, crazy and lost souls are not coming in the middle of the night for your DVD collection of Ray “Boom Boom” Mancini fights.

If, in three years, DAZN drop real boxing and only show Misfits boxing, it will not be because the topless cowboy has perfected a bolo punch, it will be because boxing has refused to change, adapt and listen. And, if I hear one more person tell me, “It’s not real boxing”, I might just scream. It’s not meant to be real boxing, it’s their boxing – it’s cross-over boxing.

The men running this show have taken elements of the UFC and the WWE and created a boxing brand; they have taken the ring, the gloves and the bell from boxing. What else could they take from us? Our secret payment methods? Our inability to make fights happen? The refusal to use common sense? Our time-honoured tradition of brutal mismatches? Our ability to put on diabolical undercards? Whisper it, but the Misfits do not need us!

Last week, deep in the die-hard boxing heartland at the Wembley Arena, the fans, the Misfits faithful changed the game. They arrived early and stayed late – the UFC horde do the same. It was packed, it was vibrant and they loved it. A direct comparison with Anthony Yarde and Artur Beterbiev will be available next Saturday. It is, sadly, unlikely to be favourable and no doubt somebody on Twitter will tell me that Yarde will knock out KSI. A better fight might be KSI against Tommy Fury.

This game, our sacred business, should be about great fight narratives. Fury against KSI works, but so does Idris Virgo against Fury. Virgo, you see, is unbeaten in 13 pro fights. At Wembley, he beat Anthony Taylor, one of the cross-over stars. Taylor had beaten Jack Fincham in Dubai in a fight without a verdict; Fincham had won Love Island and Virgo and Fury were both contestants on Love Island. Virgo just knew too much for Taylor. Sweet Idris then shouted for Fury. It is all comedy stuff, but it works.

Anyway, back to Wembley: And, sure, so many of the fights were poor by comparison to the semi-final’s day at the Haringey BoxCup. However, I know that the organisers of the BoxCup would love one of the Misfits to help sell-out that event and secure its future. Nobody so far from inside the professional boxing world has offered a penny. Not a penny.

The fighters I met behind that black door were novices. They were noisy, polite, funny and in the ring they all tried hard to look like seasoned professionals. Some were awful and others showed some potential. The loudest ones challenged known and unknown fighters. There is a lot of rivalry in this skewered world of YouTube notoriety, OnlyFans obsession and the lucrative realm of being an influencer. “We have a lot of fights to make, but it is not always that easy,” said Taylor. He also told me, by the way, that Misfits now makes every fighter fully aware of what they are getting paid. It turns out that one or two managers on previous shows had taken very generous percentages and the boxers had been unaware. Outrageous, that would never happen in real boxing. Yeah, right.

If the cross-over boxers anger you so much, but you have no argument other than they are all rubbish, then you probably need to sit in a dark room for a bit. Put on Salvador Sanchez against Azumah Nelson and breathe. Nelson got badly paid for that fight and his people were desperate for him to not pull off the shock. He was told to not try too hard at one point! It was a disgrace. Azumah told me that story one day at his house in Accra. I was outraged, near to tears as the great man talked. He was shafted, but we still love and watch the fight. That is old, old-school boxing.

Here’s an idea for all those incensed by KSI and his merry gang of men and women, why not channel your anger into charity and donate a tenner to the Ringside Charitable Trust? That way, you will be an angry fan who supports struggling boxers and not just an angry fan.

*** To donate to Ringside Charitable Trust go to ringsiderestandcare.com ***