The next chapters of Daisy‘s singular legend 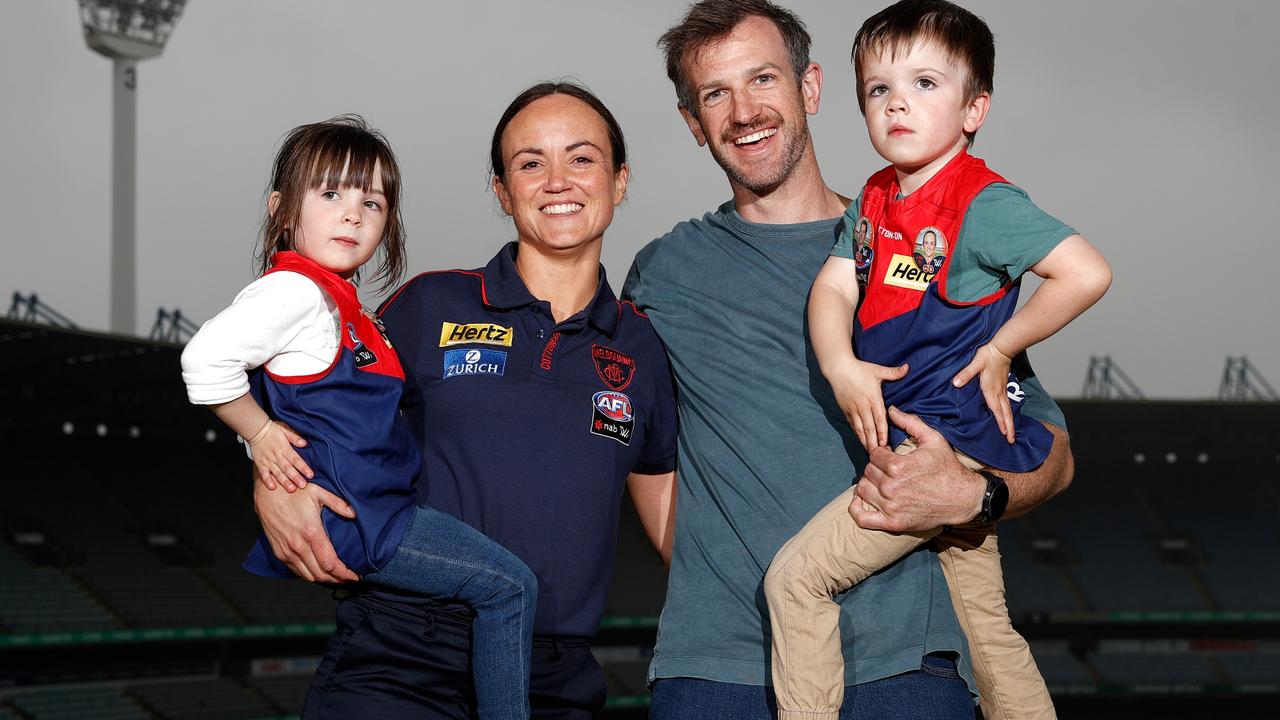 The love affair that Melbourne has with footy means a few exalted individuals transcend the sport and the use of a last name.

On the day she retired from playing, Daisy Pearce joined that list while mulling the next step in a trailblazing career.

While Pearce will take up a coaching role at Geelong and continue her commentating duties as one of the league’s standout analysts, Melbourne CEO Gary Pert can also see a future as one of the game’s most influential administrators.

“I have really good conversations with her and her thinking as far as footy strategy and business strategy and how it all fits, she’s got an innate understanding of how it all works,” Pert tells CODE Sports.

“I would love to think that she’ll have those learning experiences and she’ll end up back at the Melbourne footy club playing a major role, either footy or admin, she’ll have that choice.”

With the AFL still searching for its next CEO, you can’t help but think that in another time and place that Pearce would be the sort of leader the code needs. She’s been combining a statesperson role with playing for years now.

Pert has seen it all in a 40-year career in footy, on and off the field. The former Fitzroy and Collingwood defender, who served as the Magpies’ chief executive prior to starting his current role, believes Pearce’s impact on football is unparalleled for an individual player.

“I can’t think of a player that‘s had the initial impact and ongoing impact on a culture like Daisy has,” Pert says.

That was evident when, outside of footy season – and with world sport’s eyes on the tennis tournament across the road, Pearce still drew a huge crowd at the MCG.

It speaks to the cultural impact Pearce has had, complementing a glittering on-field career that finished so fittingly with an AFLW premiership.

“To have been the 13-year-old who thought I’d played my last game of footy because there were just no opportunities for women; not just playing the game, but in the industry,” Pearce told the crowd of media, family and teammates.

“I didn’t think I‘d touch a footy again other than as a supporter.

“Little things like when I walk into Coles on a weekend and see a little girl fully kitted wearing footy boots in the supermarket with mud on her knees, and that‘s just normal now.”

Pearce was keen to play down her individual influence, recognising those that did the hard yards well before the AFL belatedly took an interest in women’s football.

She rediscovered footy at high school and then played for the love of the game at the Darebin Falcons, looking up to her own unsung heroes long before women’s footy went mainstream.

But nobody will ever know how successful the establishment of AFLW would have been without Pearce – and her authentic charisma – assuming a quasi-figurehead role from day one.

“All those little moments where you realise how far it‘s come. I’m mindful not to take any credit for that, I’m just thankful for all the pioneers I’ve come in behind.

“I remember a period of time thinking there would be an AFLW competition, but I thought that would be when my playing days were done.

“So to be that kid, and now to be winding up an AFLW career that‘s been so fulfilling and have ongoing opportunities in the game, including commentating or coaching … all of that’s not lost on me how far it’s come.”

Pearce stoically tried to avoid too much eye contact with teammates through the announcement for fear of breaking down. A tear or two did sneak out though, particularly when she spoke about Melbourne coach and confidant Mick Stinear.

But watching on, the tears flowed openly for those Melbourne teammates like Lily Mithen.

“She epitomises all that women’s footy is,” Mithen tells CODE Sports.

“It’s groundbreaking, courageous and determined, she’s been at the forefront of that, and has put a mountain of work into making AFLW what it is today.

“And not just AFLW but girls and women playing footy across the country, she’s been the vital face of that.

“She’s put women on the map in the footy industry. Without people like Dais, who knows where we’d be. We’ve been the beneficiaries of that.

Compared to those other pioneers she speaks of, Pearce may have been in the right place at the right time for the birth of AFLW.

But to paraphrase another Melbourne icon’s mantra ‘when it was her time to go’ and leadership of the women’s game was thrust upon her, she exceeded all expectations.

And like them, her influence post-playing will only grow.

Shannon Gill is a Melbourne sportswriter with a focus on AFL,cricket and basketball. Previously working inside some of Australia’s biggest sporting organisations, he has been a freelance writer for a decade and is co-host of the cult sports history podcast ‘The Greatest Season That Was’. Pixies and TISM fan.