Bronson Xerri: My doping hell and path back to the NRL 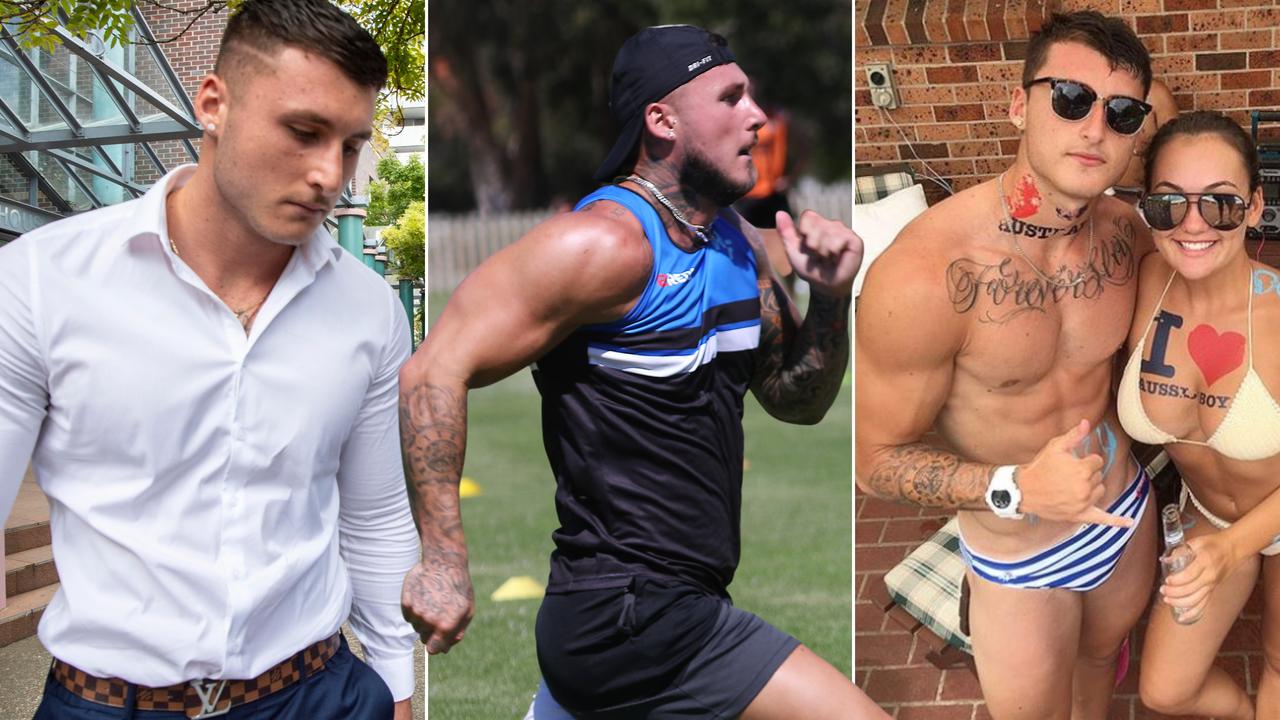 Banned from the NRL for four years after failing a doping test, Bronson Xerri opens up to Michael Carayannis about his mental anguish, his mistake and his road to redemption.

Bronson Xerri has started his path back to the NRL. In a suburban Eastern Suburbs park the one-time teen prodigy is hellbent on using the final nine months of his performance-enhancing drug ban to have himself first-grade ready.

Fresh from signing a two-year deal with the Canterbury Bulldogs, Xerri opens up to Michael Carayannis about his mental anguish, his mistake, his road to redemption and why he has not watched a single second of the NRL in three seasons as he takes full responsibility for his life-changing decision.

The 22-year-old also reveals his secret meetings with Phil Gould and outlines the goals he has for his second chance under new Bulldogs coach Cameron Ciraldo.

Xerri was preparing to play for the Cronulla Sharks just days before the NRL season was set to resume following the two-month Covid-19 postponement in May, 2020. The then 19-year-old had come off a remarkable rookie year, where he had scored 13 tries in 22 matches to win the club’s rookie of the year award.

He missed the first two matches of 2020 but was preparing to return to the field when his phone rang.

“Of course I remember that day,” Xerri said. “It’s not a day I’m ever going to forget. Seven months earlier I had taken the test and seven months later I was getting phone calls from a random number. I didn’t know who it was. It was ASADA and they told me I tested positive for a banned substance.”

“I had seven or eight drug tests before I tested positive. The only drug test that I failed was that one,” he said.

“I was young. Still a kid and young and dumb. It was the biggest mistake of my life.”

Xerri tested positive “for exogenous Testosterone, Androsterone, Etiocholanolone and 5b-androstane-3a, 17b-diol” on November 25, 2019. His use of performance-enhancing steroids led to ASADA whacking him with a four-year ban.

Xerri knows the stigma will be hard to break.

“The key is to accept it and move on. The first two years were very tough. I’ve accepted it. I took full ownership of it and I am ready to move on with my life and career.”

The normally bubbly Sutherland Shire product became a recluse. Xerri distanced himself from his wider circle of friends. Instead, he opted to bring the few people he would socialise with to his house, instead of venturing out and facing the public.

He kept busy doing odd jobs, including personal training and working at a boxing gym. But Xerri struggled to adjust to life without football.

Before his ban, Xerri had rejected a five-year contract extension from the Sharks worth about $2.5 million and was expected to be among the most in-demand players when his deal with the club expired at the end of 2021.

Now he had nothing.

“I could talk all day about how bad I was (mentally),” Xerri said. “It’s a massive difference from playing NRL. I hadn’t had a job in my life. I went straight from school to the NRL which is something I took for granted.

“The first two years I wasn’t showing my head and going out. I had my close mates around me to help me go through what I went through.”

Xerri seriously considered trying his hand at the NFL during his ban. In 2021, he was presented with an opportunity to travel to the US but that glimmer of hope fell through. The NFL is not bound by the World Anti-Doping Authority, meaning he was clear to give the sport a go.

“I had an opportunity to go over and give it a crack,” Xerri said. “I was sooking at home and not going much so I thought ‘why not give it a go?’ There was a chance and management reached out to me to do what Val Holmes did and go to the IMG Academy. I was eyeing it off and ready to do it but it didn’t work out.”

Xerri made the startling revelation that he has not watched a moment of the NRL since his suspension almost three years ago.

“Not even Origin,” Xerri said. That will change this year. Just before Christmas he agreed to a two-year deal with the Bulldogs after Canterbury’s head of football Phil Gould reached out last year.

Xerri is on a strict regimen before the NRL will allow him to return in November when his ban expires. It includes monthly drug tests.

“My contract does not get registered until I pass every drugs test until November,” Xerri said. “People can say I’m still on steroids but the facts are I’m getting tested once a month. I’ve passed every single one of them.”

His deal with the Bulldogs was signed off after repeated meetings at a regular Bulldogs hangout, Jobels Café in the heart of Belmore. Despite his imposing figure, the meetings were kept largely out of the headlines.

“I was at home and got a phone call from my manager and Gus (Gould) wanted to meet me,” Xerri said. “I had nothing going for me. I was in a vulnerable state. I was going to start negotiating with teams. Gus was the first to reach out. He was a genuine guy and told me he had big plans.

“When Cameron Ciraldo signed on as coach that was the cherry on top.”

His return has started at a nondescript park as far away from the bright lights of the NRL one can be. Nearby children take part in school holiday sport clinics as people happily walk their dogs, unaware of the significance of the heavily tattooed speedster nearby. Xerri still cuts an imposing figure.

He is under the watchful eye of sprint guru Roger Fabri three days a week – who has sacrificed his own accreditation to guide Xerri’s path back. Under the ASADA code Fabri is unable to work with an athlete who is banned, which has come at enormous personal cost.

Despite Fabri ranking Xerri’s current state as a “six out of 100” the outside back still managed to clock 6.80 seconds in a 60-metre sprint after just a handful of training sessions.

“Mr Magoo was blind and could tell this guy was gifted,” Fabri said.

“We have a heap of work to do. I’m not going to bullshit. You don’t lose the blessings you’ve got but he is not in the shape that I’m going to finish with him. He is very good. The fans will forgive him in terms of timing and defensively but he will be judged on his speed.

“We need nine months to get him ready. The first thing I asked him was ‘unless you’re sick or injured you can’t let me down’. Loyalty is a massive thing and this has impacted my business but I wanted to be there for him when he was down.”

Xerri is confident where his football can take him.

“It’s the comeback story,” he said. “I’m going to come back and prove everyone wrong. My journey has been an up-and-down roller coaster.

“I would love to come back and make every rep team possible. I want to win a premiership.”

Originally published as The inside story of Bronson Xerri’s doping nightmare, and second chance with the Bulldogs