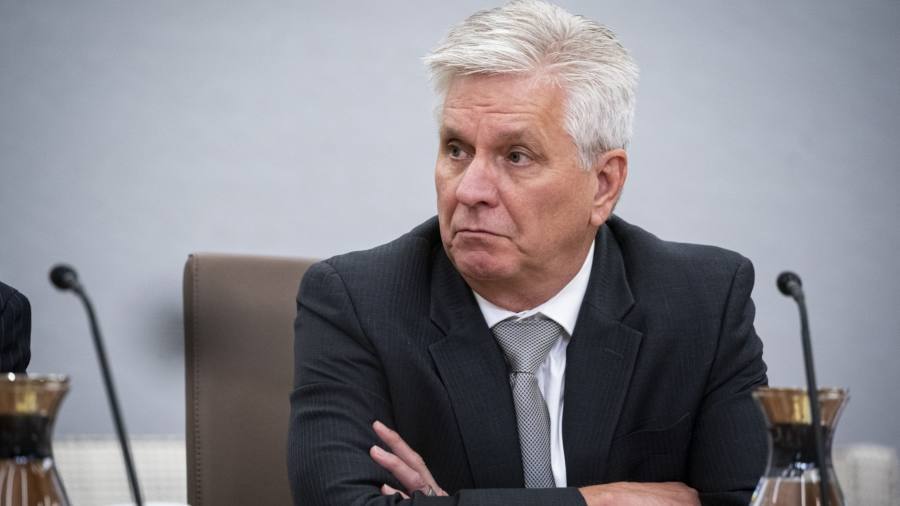 A governor on the board of the Federal Reserve has backed the US central bank further slowing the pace of its interest rate increases to a quarter of a percentage point at its upcoming policy meeting, even as he warned of further monetary tightening ahead.

The comments from Christopher Waller, who sits on the Federal Open Market Committee that is responsible for deciding monetary policy and has been one of its most hawkish members, come on the final day officials can make public remarks ahead of the next rate-setting meeting that wraps up on February 1.

“Based on the data in hand at this moment, there appears to be little turbulence ahead, so I currently favour a 25-basis point increase at the FOMC’s next meeting at the end of this month,” he said at an event hosted by the Council on Foreign Relations in New York on Friday.

“Beyond that, we still have a considerable way to go towards our 2 per cent inflation goal, and I expect to support continued tightening of monetary policy,” he added.

In backing a smaller move, which would represent a return to a more normal pace of tightening after a string of half-point and 0.75 point rate increases last year, Waller outlined what he called the “case for cautious optimism” about the trajectory of inflation and, in turn, the economic outlook.

Fuelling this more positive view are mounting signs that consumer spending is ebbing, business activity is slowing and demand for workers has also cooled off, leading to what Waller noted was an “encouraging” moderation in wage growth.

“The FOMC’s goal in raising interest rates is to dampen demand and economic activity to support further reductions in inflation,” he said in prepared remarks. “And there is ample evidence that this is exactly what is going on in the business sector.”

He added: “The goal is not, I would emphasise, to halt economic activity, and so we will be watching these sectors closely to see how this moderation continues.”

Waller said he was still “optimistic” that the Fed could avoid tipping the US economy into recession and pull off a “soft landing”.

Having moved aggressively since March to tighten monetary policy, Fed officials are now debating how much more to squeeze the economy now that their policy actions are starting to have an effect.

A quarter-point rate rise in February would lift the federal funds rate to a new target range of between 4.50 per cent and 4.75 per cent, still shy of the 5.1 per cent level that most officials believe it will be necessary to reach in order to get inflation fully under control.

Waller on Friday said that despite the improved data, he was “not ready yet to substantially alter” his outlook for inflation, due in part to concerns about again being caught off guard by the intensity and persistence of price pressures.

“Back in 2021, we saw three consecutive months of relatively low readings of core inflation before it jumped back up. We do not want to be head-faked,” he said. “I will be looking for the recent improvement in headline and core inflation to continue.”

That cautiousness echoed a sentiment expressed by Lael Brainard, the Fed’s vice-chair, and New York Fed president John Williams on Thursday, who both said the central bank must “stay the course” on further rate rises.

In a discussion that followed his remarks, Waller said bets among traders in fed funds futures markets that the central bank would cut rates by year-end rested on a “very optimistic view” that inflation would dissipate quickly.

“We have a different view,” he said. “Inflation is not going to just miraculously melt away. It’s going to be a slower, harder slog to get inflation down, and therefore we have to keep rates higher for longer and not start cutting rates by the end of the year”.