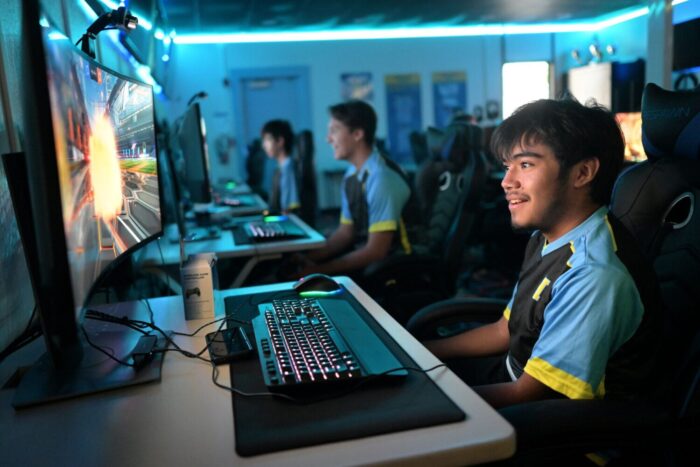 With 2022 coming to a close, the numbers are in for eSports’ biggest performers. Taken from hundreds of officially recognized tournaments, esportsearnings.com has compiled a list of the year’s most impressive and profitable games for players to jump into. For a quick rundown of the top five, these include the following:

Aside from the biggest established games, also making a mark are newcomers like Overwatch 2 and Halo Infinite, holding 15th and 19th place respectively. As an illustration of the ever-growing increase of pro gamers, these results can’t help but make us wonder what we could do well in. We’ve thought a lot about it, and we think we’ve come up with some ideas that could help in guiding new players to their right place.

Like with physical sports, the number of top games you can play in modern eSports can be overwhelming. With the developed nature of the games, reaching a high level of play will require a significant time investment, and you don’t want to spend time barking up the wrong digital tree. With that in mind, those looking for eSports games to sink their teeth into can help narrow down their choices by weighing a few important factors. While not a perfect solution, looking at these concepts should at least point you in the right direction.

Again as in physical sports, the best eSport title for you to jump into is the one that you find the most enjoyable. There is a saying that if you do what you love then you’ll never work a day in your life. While we can’t guarantee this is true (becoming a great player requires serious hard work), having a passion for a title or genre will reduce the risk of boredom and eventual burnout.
The truth is, you don’t choose what you love.

Trying to force a bad fit will mean you’ll never be able to perform at your full potential, and you’ll end up wasting your time getting frustrated and achieving little, as stated by esportshealthcare.com. Even if your preferred games don’t have a huge audience or player base, if your goal is to improve to your limit, go with what you love.

One important factor to remember here is that what you love about a game on a casual level might not be the same as what the game requires at a high level of play. In a title like Overwatch 2, you might enjoy picking a character like Genji or Reaper because they allow you to run off, ignore your team, and still perform well. In high-level play, where teamwork is a must, this isn’t a feasible way to engage.

This isn’t just true for macro-level techniques like teamwork either, it can also apply to the memorization of an enormous amount of niche information. The year’s top eSports performer, Dota 2, has 122 heroes. Each has its own set of abilities and interactions, and going into a professional match without at least some degree of counter-play knowledge is a killer. To some players, having to go through and commit to this much study is a passion killer, so keep that in mind.

Assuming you’re eager to try more than one genre, you then have to consider where your strengths lie. As any gamer knows, every genre and its demands are different. Top MOBA performers like Dota 2 and League of Legends will focus on teamwork and special awareness over an entire map. As medium.com explains, FPS titles can favor the ability to make twitch shots to quickly take down opponents. Fighting games can center on screen control, resource management, and the ability to perform mind games.

Each of your skills will start in a different position, where you’ll be naturally better at some and worse at others. You’ll also be able to improve in different skills at different rates, to determine where your advantages lie. While starting position might not matter much in the long term, you need to spend time to understand where the other factors stand. The best way to do this is by turning to previous experience, or training sessions in programs or maps that keep score.

Over time, you’ll be able to generate an understanding of where you’re excelling, and where you fall short. From here, you can move from general to more specific training to push yourself to your absolute limit. Eventually, you’ll find yourself hitting a ceiling where progress slows, or nearly stops completely. At this point, you need to be able to measure how far your skill matches up to others, to see if you can compete.
A key element to appreciate is that very few players will ever be good at everything, so don’t be disheartened if you find yourself lacking in one area. It’s often possible to lean on your strengths to overcome your weaknesses, and to place yourself as a specialist rather than an all-rounder. It can even be possible to overplay your weaknesses against some opponents, to lull them into a false sense of security.

You’ll notice some games like CoD, CS:GO, and GTA 5 get more placement than other titles. This level of involvement by major media organizations can indicate what level tournaments are held at, and the potential prize pools that are on offer. The bigger the game, the easier it will be to find local matches, which can be extremely important for community interaction and personal improvement. If your goal is to compete on a visible level, then the best way forward can be to look at major eSports reporting websites like https://win.gg/.

Also key is the performance of games on Twitch. If a game has a lot of viewers on this platform, then odds are good tournaments will be more common and will offer larger rewards. Twitch can then be leveraged to create your own audience through a personal streaming setup. It might seem contradictory, but sometimes the most financially successful eSports players aren’t the most skilled or with the highest ranks, but they’re the ones who do the best on streaming services. Keep this in mind, and you could lean on your own eventual fanbase as much as the one a game provides.