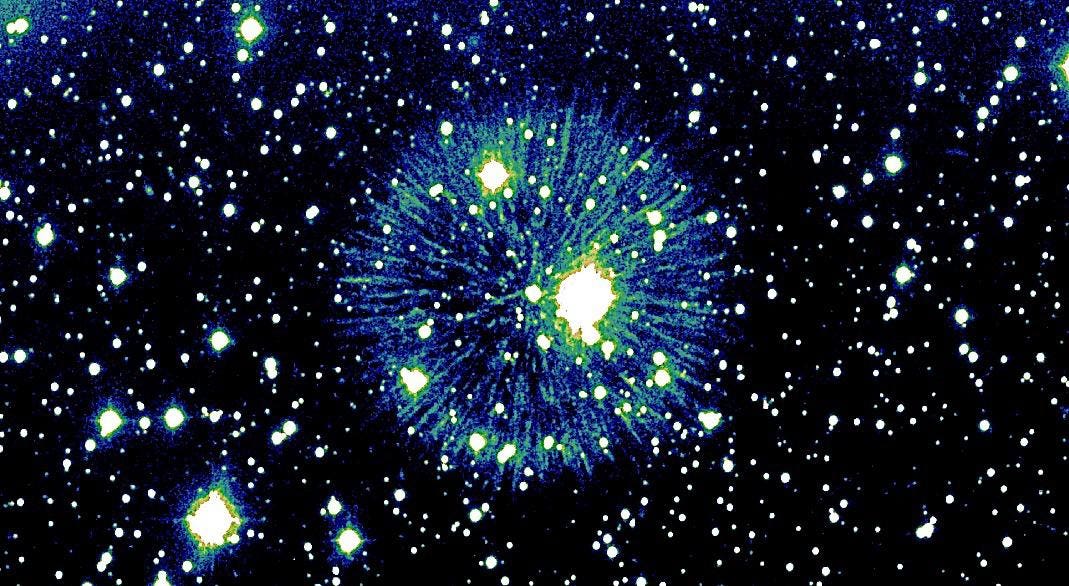 Go outside on the next clear night and look to the north and you’ll see the famous W-shaped constellation of Cassiopeia. Once you’ve seen it’s five bright stars in a familiar shape you’ll never be able to un-see it, not only because it’s so recognisable, but because it’s a circumpolar constellation—it revolves around the north star—so it’s almost always in the northern hemisphere is night sky. If a sixth bright star suddenly appeared, you’d notice it and so would every stargazer on the planet.

That’s exactly what happened in the year 1181, when astronomers in China and Japan recorded a so-called guest star appearing in Cassiopeia for 185 days, after which it fizzled out forever. “The guest star was bright enough that three separate groups in China observed it within a couple of days of each other and it also was seen in Japan,” said Robert Fesen, a professor of physics and astronomy at Dartmouth College in the UK and lead author of a paper to be published soon in the journal Astrophysical Journal Letters. “To the ancients, their TV set was the sky, so they would’ve easily noticed and certainly recorded the sudden appearance of a bright new star in the heavens.”

What was it? It was almost certainly a supernova, an exploding star or a collision between two stars, something that’s incredibly rare to be observed. In fact, throughout human history only nine such guest stars have ever been observed, most of them in antiquity.

At last it appears that the source of that guest star 842 years ago has been found. Announced and shown by Fesen at last weeks 241st meeting of the American Astronomical Society was a new telescopic image that show a fireworks-like display of filaments radiating from a very weird star at the centre of an object called Pa 30 in—you guessed it—the constellation Cassiopeia.

“I have never seen any object—and certainly no supernova remnant in the Milky Way galaxy—that looks quite like this and neither have any of my colleagues,” said Fesen. “To the ancient astronomers, the new star would have been nearly as bright as, or brighter than, Vega, the fifth-brightest star in the sky as seen from Earth.

Pa 30 is a nebula and has been known about for years. In fact, it was first observed in 2013 by amateur astronomer an co-author Dana Patchik, but inly ever imaged before as a very faint and diffuse object. It’s a dense region of illuminated gas, dust and other matter.

The research confirms that Pa 30 is indeed the source of the supernova scene in 1181 in the Far East.

Currently expanding at about 2.4 million mph, the researchers were able to rewind the cosmic clock to confirm that, yes, the source would have exploded in the 12th century. “Our new observations put a much tighter constraint on the object as having an expansion age of around 850 years, which is perfect for it to be the remains of the 1181 guest star,” said Fesen.

Just as crucially this new research reveals that Pa 30 is rich in sulphur and organ and contains virtually no hydrogen or helium. That was revealed by using new filters sensitive to sulphur strapped to the 2.4-meter Hiltner Telescope at the MDM Observatory adjacent to Kitt Peak National Observatory, Arizona, from which three new 2,000-second exposures from Pa 30 were taken.

Pa 30 has been the subject of several papers in the last decade, but the revelation of its main elements is the smoking gun that it is, in fact, likely the result of a collision between two white dwarf stars.

A white dwarf star is what our own Sun will one day end up as. Faint, extremely dense stars no larger than our planet but containing the mass of the Sun-like star, collisions of white dwarf stars are thought to sometimes cause supernova explosions.

“Our deeper images show that Pa 30 is not only beautiful, but now that we can see the nebula’s true structure, we can investigate its chemical makeup and how the central star generated its remarkable appearance, then compare these properties to predictions from specific models of rare white dwarf mergers,” said Fesen. “This remnant will allow astronomers to study a particularly interesting type of supernova that up to now they could only investigate from theoretical models and examples in distant galaxies.”