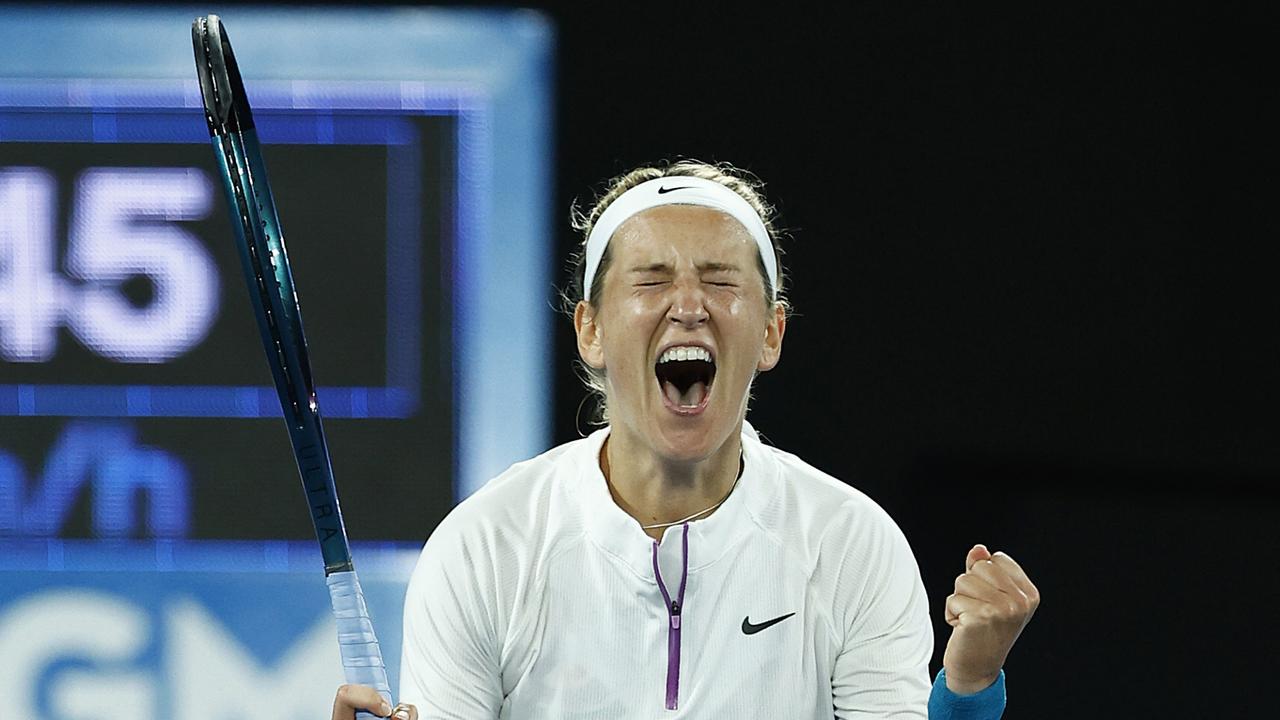 Even in retirement Ash Barty’s presence will be weighing on two-time Australian Open champion Victoria Azarenka when she steps on Rod Laver Arena.

There will be shades of Ash Barty in the Australian Open quarter-finals — one two-time champion has declared — despite the reigning champion not even competing at the tournament.

Barty might have called time on her grand-slam-winning career in late 2022, but Melbourne Park champion Victoria Azarenka says her quarter-final opponent, American Jessica Pegula, is reminiscent of the Australian star.

“I will say she plays quite simple, which is I would say is a compliment,” Azarenka said.

“It’s quite easy to be flashy. Not easy, but it’s easier to just go overboard.

“I feel like Jess has in her way, in her style, kind of similarity.”

Pegula hasn’t dropped a set since arriving in Australia.

Azarenka, 33, is also facing the hurdle of a lack of sleep after her fourth-round victory ended at 2.17am on Monday morning.

“But I worked really hard in my off-season. I always work hard, but I felt like I was challenging myself to kind of go a little bit beyond what I usually do, which was very scary.”

Her fear, she explained, was steeped in what she was scared would be a physical failure — which she is now confident is well and truly behind her.

“I was afraid to fail, that I wouldn’t be able to finish certain things. It hurts my ego very much if I cannot complete something,” Azarenka said.

“This off-season I really worked on not being afraid to fail and just give it 100 per cent and kind of be okay with that if it’s not enough, kind of build from there. I think that helps me physically to know that I have that experience from the off-season.

Azarenka’s previous success at Melbourne Park isn’t far from her mind, tapping her name in the parade of champion names that lines the entry to Rod Laver Arena, but it’s time for some new ink in the history books.

“For me, my name is always going to be there on the wall. It’s definitely historic for me.

“But I don’t really look back and think about what I have done. I just try to really create new memories.

“I’m not the person who looks back, either regrets or is happy about the past. I do live in the moment. Sometimes too much in the future, being too hopeful.

“It’s not bringing back the wins. I always say that you only remember the good things, you don’t remember the bad things about your wins.

Originally published as Australian Open 2023: All the quarter-finals news from the women’s draw