When Did Mammoths Go Extinct? 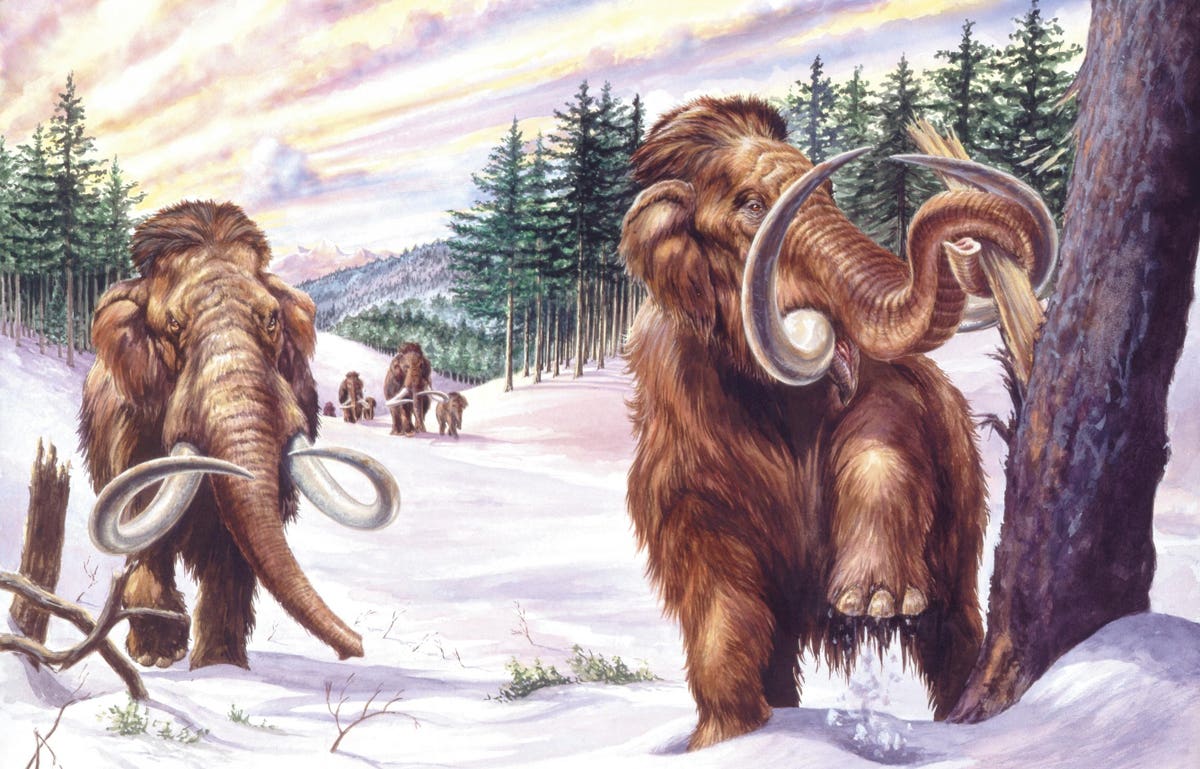 The mystery surrounding the exact timing of the extinction of mammoths has long captivated paleontologists.

The latest timeline published in 2021 in the journal Nature suggested mammoths met their end much more recently than we believed. An international team of researchers examined the environmental DNA of mammoth remains and more than 1,500 arctic plants to conclude that a wetter climate quickly changed the landscape from tundra grassland steppe to forested wetlands that could not support many of these big grazing animals, driving mammoths to extinction as recently as 3,900 years ago.

But in a now published rebuttal paper, University of Cincinnati assistant professor Joshua Miller and co-author Carl Simpson at the University of Colorado Boulder argue that the environmental DNA used to establish the updated timeline is more complex than previously recognized.

“The issue is you have no idea how old that DNA is,” Miller said. “Sedimentary deposits are complex. Materials of different ages are routinely buried together.”

Researchers have many tools to date sedimentary deposits and the materials contained in them. But not everything can be dated, Miller said.

From recent discoveries like the baby mammoth found in Klondike in 2022, we know that many ice-age animals that died tens of thousands of years ago can become mummified in the arctic’s dry, cold environment. Miller said researchers can’t tell whether environmental DNA preserved in sediment was shed from a living or dead animal.

“DNA is shed from organisms all the time,” Miller said. “In fact, DNA continues to be shed long after the animal dies. In places where decomposition is slow, that means long-dead and even long-extinct species can continue to make their way into surrounding sediments. In the arctic and other cold-weather places, it can take thousands of years for something to decompose.”

The researchers say the slow decomposition of animals in arctic regions could explain how mammoth DNA is showing up thousands of years later than the most recent mammoth fossil discovered. The paper notes that the mummified remains of elephant seals near Antarctica can be more than 5,000 years old.

Simpson said his work studying marine environments from recently eroded hillsides demonstrates how difficult it is to date ancient specimens.

“Seashells can sit on the seafloor for thousands of years. When you see shells on the beach, some could be from animals that died recently while others might be from shellfish that died millennia ago,” Simpson said. “This happens in the vertebrate record as well.”

Insecurities in the dating record of fossils has led many to question if human activity played a direct role in the extinction of mammoths. In many areas, it seems that the last mammoths coincided with the arrival of humans. Humans were known to use fire to alter landscapes in profound ways, and they also hunted mammoths and made use of their ivory tusks. But the extent of the human impact remains controversial.

Most mammoths went extinct more than 10,000 years ago, coinciding with an important climate change at the end of the last ice age, but remnant populations lived on islands such as the Channel Islands of California or Russia’s Wrangel Island until much more recently.

The study “When did mammoths go extinct?” was published in the journal Nature. Material provided by University of Cincinnati.