Is dumped Clarke bound for Pakistan? 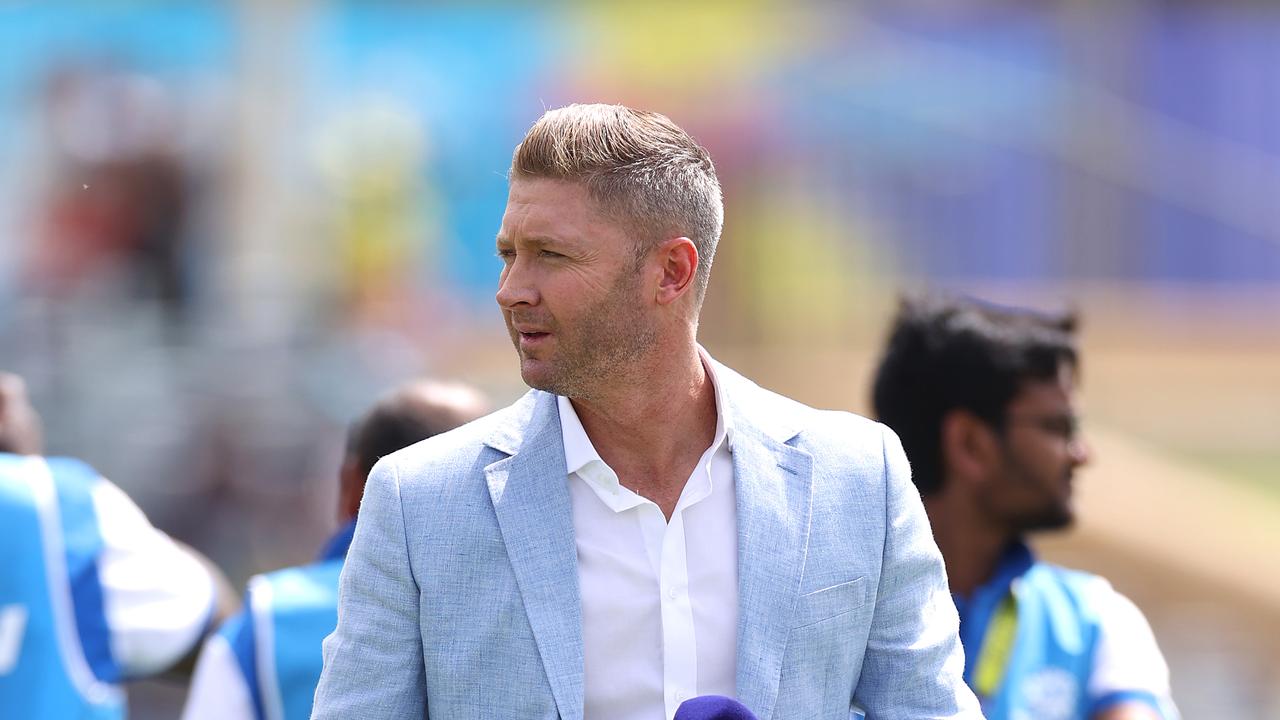 Michael Clarke appears to be out of the commentary team for Australia’s tour of India but could he be headed to the sub-continent anyway?

Michael Clarke appears set to be replaced as a commentator on the upcoming Indian series, with broadcasters sending an SOS to Test great Mark Waugh.

However, Clarke could still score a commentary gig, with the former Australian captain in talks with the Pakistan Cricket Board about calling its T20 competition around the same time.

Image conscious Indian cricket bosses have been holding secret talks with former Australian players being considered as potential replacements for Clarke after his controversial night out in Noosa, where he was in a public shouting match with his then-girlfriend Jade Yarbrough.

Footage of the fight in a park on January 10, obtained by The Daily Telegraph, showed Ms Yarbrough accusing Clarke of cheating, before slapping him. The video, shot by a bystander, shows Clarke repeatedly denying cheating.

Waugh is key commentator from Fox Cricket, and it will work seamlessly for them to have him as part of their coverage.

If Waugh is snapped up he would head to India for the first two Tests and partner former teammate Matt Hayden as the other Australian on the Indian commentary, which will be taken by Fox Cricket starting on February 9.

Hayden is already locked in to commentate all four Tests, but if Clarke is cut from the team, another former Australian star would have to be lined up for the final two matches to take over from Waugh who already has other commitments.

The BCCI declined to comment when contacted by News Corp.

It’s understood Clarke hasn’t signed anything with the Indian cricket board and Indian authorities haven’t contacted him since his controversial night out in Noosa went public last week.

As revealed by News Corp last week, the BCCI immediately launched a review of Clarke’s position after video of his wild night in Noosa with girlfriend Jade Yarbrough and his position was from that point in grave doubt.

Clarke returned to the airwaves on Sydney’s Big Sports Breakfast radio program with co-hosts Gerard Middleton and Laurie Daley on Monday, but declined to delve back into the personal drama involving him and his girlfriend Jade Yarbrough.

“Now of course enormous fascination into Clarkey’s life and we are just hitting this on the head straight away,” Middleton said on the air on Monday.

“There’s a lot of factors in play here and Clarkey’s made his statement last week and due to all the factors in play we are moving forward on The Big Sports Breakfast this morning.”

Sky Sports Radio has stood by Clarke and he will see out his one-year contract at the station.

Clarke may be frozen out of India, but could still be commentating overseas in February if talks continue with the Pakistan Cricket Board.

Queensland Police has since fined Clarke and Ms Yarbrough $431 each after issuing them a public nuisance infringement notice “following an incident depicted in footage at Lions Park on Gympie Terrace in Noosaville earlier this month”.