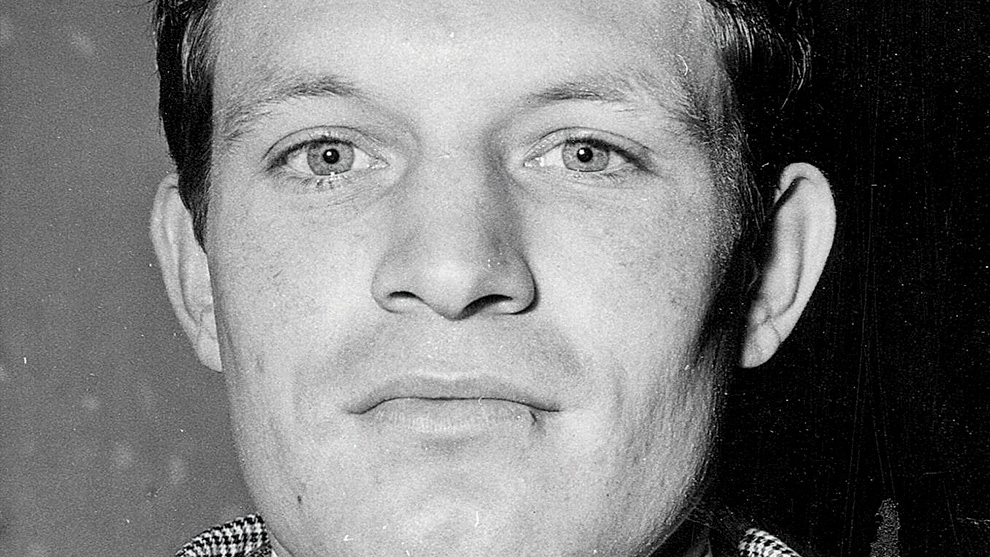 ANYONE trying to promote at a small hall boxing event in the 1960s, much like today, needed to be prepared to lose a lot of money.

The 1950s was the last decade where such ventures could prove profitable for regular shows. As that decade wore on and the television started to make inroads into the lives of working families, and people stopped going out to seek their entertainment, professional boxing hit the skids, and the number of tournaments declined rapidly.

George Merritt was an old-school professional from the 1930s. From Silvertown, a tough area down by the docks on the north side of the Thames, George had taken part in nearly 150 contests in a hard career that lasted between 1932 and 1945. One of three boxing brothers, George was the best and in 1934, for instance, he took part in 34 contests, five of which were 12-rounders. After his career had ended George stayed in boxing and in 1962, at the age of 48, he decided to try his hand as a promoter.

The best of London’s small halls were in the hands of rivals. There were a good few around including West Ham Baths, the Seymour Hall in Marylebone, Shoreditch Town Hall and the Majestic Ballroom in Finsbury Park. George had to find a venue of his own and for his first show he tried the Winter Baths Hall in East Ham. It was the one, and only, show ever held there but George was sufficiently encouraged to try again.

He then found another new venue, a small art-deco pub built in 1936, known as the Roundhouse and located in Dagenham, a perfect place from which to attract fight fans. George also found a good man to base these shows around; local fighter Tommy Rix had only recently turned professional and in six months he had won six contests. A National Schools champion and London finalist, Tommy was a classy performer with a good amateur pedigree, and he could sell tickets.

In January 1963 won his seventh bout at the Roundhouse, on a bill topped by another local lad, Basildon’s Danny Wells. A good crowd turned up and George decided to go for monthly shows at the venue. With matchmaker Jack Hopwood, another 100-bout veteran from the 1930s, George lured Johnny Caiger, another top amateur from Dagenham, to the venue to make his debut. With Rix on the bill again, Merritt scored another hit and things were looking good.

His third show took place in October with Rix winning again. Caiger suffered a shock defeat at the hands of Joe Sommerville, losing by disqualification in the third. Tommy looked good in winning an eight-round decision over Wolverhampton’s Tommy Icke to register his 13th straight victory. On Monday November 25th, Tommy picked up win number 14, when he topped the bill for George again, this time beating Nigerian, Tommy Atkins.

It looked like Merritt had succeeded in establishing himself, with a good little venue and decent cards filled with local lads, a few of whom looked promising. But, with profit margins being so tight, it wasn’t easy to justify the time and effort that were needed to arrange these shows and George was a busy man away from the sport.

Both Merritt, as a promoter, and Rix, as a fighter, were inactive throughout 1964. Rix returned in February 1965, at Nottingham, and he fought again in March, this time for rival promoter Harry Grossmith at Shoreditch Town Hall.

In June 1965 Merritt, without his star attraction, held his last show at the Roundhouse and then packed it in, deciding it wasn’t worth the effort, and London lost another small hall. Rix retired the following year, after his first loss.

The Roundhouse went on to better things in the 1970s when, as a music venue, it hosted the likes of Led Zeppelin, Queen, Pink Floyd and a personal favourite, Rory Gallagher. It’s still there and serves a decent pint.