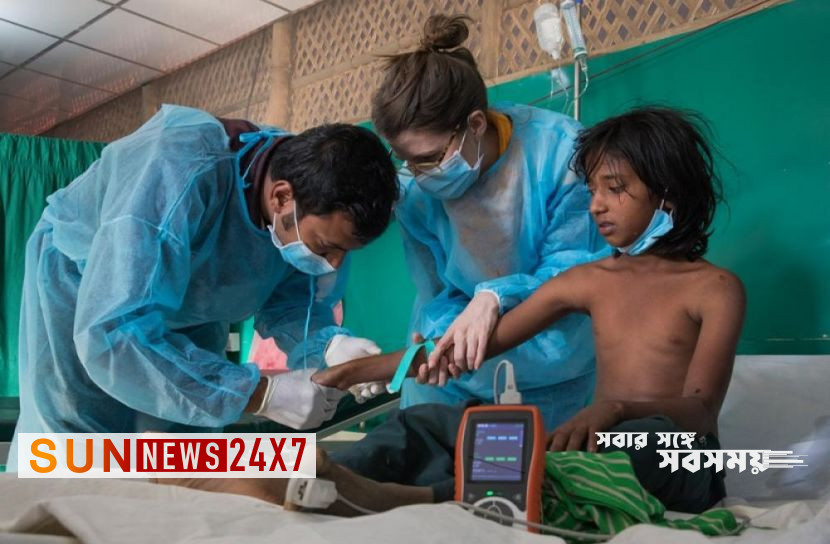 Sun News Desk: 39 deaths of children due to diphtheria have been reported in Pakistan. This has been said in a report of Geo News.

According to the World Health Organization (WHO) and the United Nations Children’s Organization UNICEF, the necessary medical measures to prevent diphtheria have been taken by the relevant officials of the country.

At least 39 children died despite calls to increase routine immunization rates in the country. Among them are teenagers. The concerned officials said that UNICEF has asked to give anti-disease serum. WHO has assured the same support.

Read more: Business establishments in Beijing have been ordered to close

An official of Pakistan’s National Health Service said that diphtheria cases are reported every week in Pakistan’s Punjab, Sindh, Khyber Pakhtunkhwa and Baluchistan. Children are also affected in Pakistan-controlled Jammu and Kashmir.

The country’s medical community has blamed the federal and provincial governments for the situation. They also called for immediate action.

Read more: Who is the Prime Minister of Malaysia?

Diphtheria can be prevented by vaccination. Diphtheria vaccine is called DPT vaccine. By giving this vaccination, it is possible to prevent several diseases including diphtheria, scurvy in children, say medical experts.

According to medical experts, diphtheria is a bacterial infection in the respiratory system of the human body. Human respiratory system or skin and eye conjunctiva are affected by this disease. The disease spreads rapidly, usually through the sneezing and coughing of an infected person or by direct contact with a person with diphtheria on the skin. Signs or symptoms appear within 2 to 6 days of infection.