40 Ukrainian soldiers were killed in the rocket attack 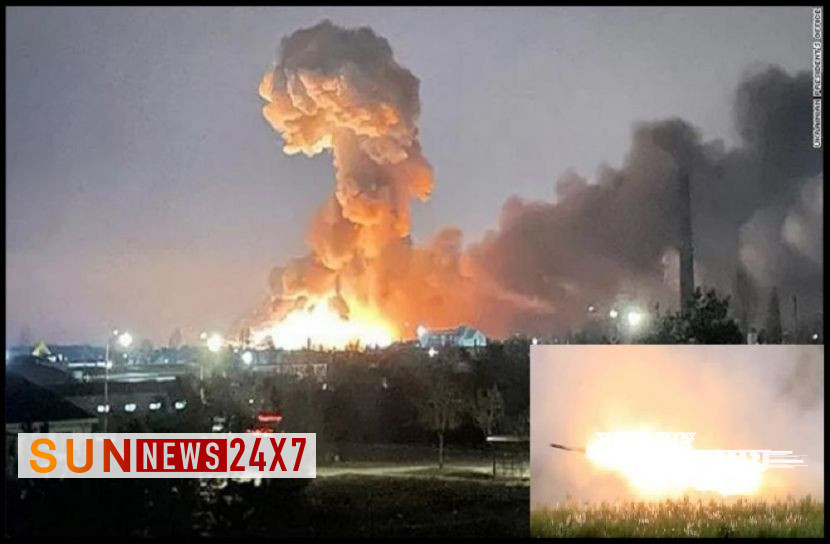 International Desk: The Ukrainian army launched a rocket attack on a prison in the eastern province of Donetsk, which is controlled by Russian-speaking separatists. However, in this attack, they themselves suffered damage. That is, 40 Ukrainian soldiers were killed on the spot, at least 75 others were injured.

A statement issued by the Russian Defense Ministry on Friday (July 29) said that the Ukrainian army launched a missile attack on a prison in Olenivka, Kalmyuske district of Donetsk, in the early hours of the morning.

The Ukrainian army used long-range HIMARS rockets in this attack. Earlier this month, these rockets arrived as military aid from the United States.

However, Ukraine was told by the Pentagon, the headquarters of the US defense forces, that three months of special training are required to operate this special long-range rocket system in the battlefield.

The prison, which was a special prison, was attacked by rockets on Friday. Because all the prisoners there were prisoners of war and members of the Ukrainian army. In addition to regular army personnel, several soldiers from the Azov Battalion, a special branch of the Ukrainian army, which surrendered to Russian forces in the northern Ukrainian port city of Mariupol in mid-May, were also held in the prison.

The statement of the Russian Ministry of Defense said about this, “Preparations were underway to start the trial of all these prisoners of war in the military court of Donetsk.” Before that they were kept here temporarily.’

Reuters contacted Ukrainian Defense Ministry officials to verify the Russian government’s statement, but none of the officials declined to comment.

Denis Pushilin, the leader of Russian separatists in Donetsk, told the Russian news agency Interfax that the prison housed a total of 193 prisoners of war, all of whom were members of the Ukrainian army.

Incidentally, Russian President Vladimir Putin announced the start of a special military operation in Ukraine on February 24, after two and a half months of military deployment on the border due to the conflict between the United States and its allies, NATO.

Two days before this announcement, he recognized Donetsk and Luhansk, two regions of Ukraine controlled by Russian separatists, as independent states.

Russian military operations in Ukraine entered the 155th day on Friday. During this four-month period, the eastern province of Luhansk, the two port cities of Kherson and Mariupol in Ukraine, the city of Liam in Donetsk province, and part of the central province of Zaporizhia have gone to the hands of Russian forces.