44 killed in earthquake in Indonesia 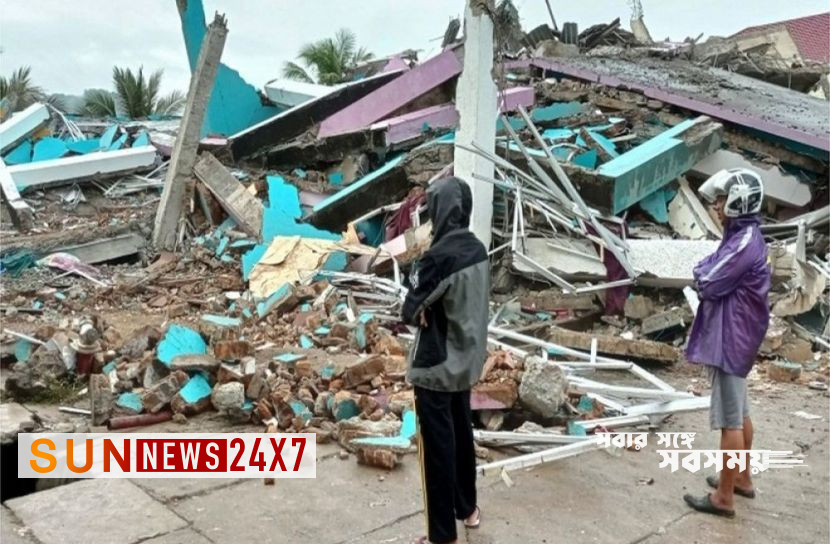 International Desk: At least 44 people have been killed in a massive earthquake in Indonesia’s West Java province. Hundreds more people were injured in this incident.

On Monday (November 21), hundreds of houses were destroyed by the 5.6 Richter scale earthquake, local officials said.

A local official told Reuters that about two dozen people were killed in the 5.6-magnitude earthquake in West Java.

Read more: The government is working to modernize the armed forces

The country’s television channel Metro TV said the earthquake hit West Java at around 1:20 p.m. local time on Monday. Jakarta, the former capital of the country, was also shaken by this earthquake that hit Java.

Sianjur city government official Herman Suharman said the epicenter of the earthquake was the city of Sianjur in West Java. More than 44 people have died in the earthquake so far. Besides, more than 300 people were injured in this sudden tremor. The injured were taken to hospital after rescue.

However, many people are still buried under the houses that collapsed in the earthquake. Harman has warned that the number of casualties may increase due to this. This officer of Java said that the operation to rescue the trapped people has started.

The country’s Meteorology, Climate and Geophysics Agency (BKMG) said there was no possibility of a tsunami from the earthquake that struck Java on Monday. However, the agency has warned local residents that aftershocks may be felt after the earthquake.