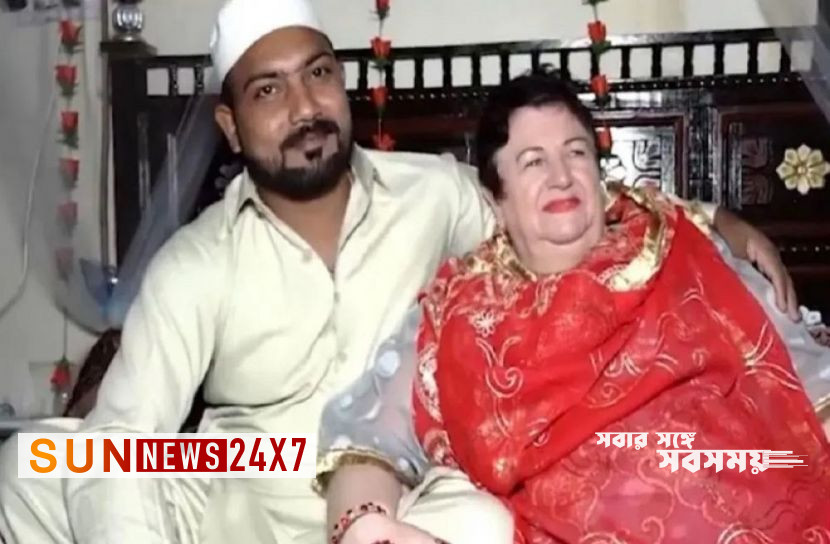 Sun News Desk: An 83-year-old woman named Broma came to Pakistan for the love of a 28-year-old man.

Read more: A 20-year-old student fell in love with a 52-year-old teacher!

This information was given in a report of Daily Pakistan. It is said that Broma rushed to Hafizabad, Pakistan from Poland. Her intention is to marry Hafiz Mohammad Nadeem. Hafiz repairs autos. Broma never thought about that.

Hafiz told a Pakistani press that there was a conversation with Broma six years ago. Then they used to talk regularly. But never met. They met for the first time during the wedding.

After coming to Hafizabad, Broma and Hafiz got married following all the rules. 83 year old bride dressed in red saree. Mehndi is worn on hands. Again according to the Muslim rule, he also gave Haq Mehr (money) to the bridegroom.

Hafiz’s family said that Hafiz’s marriage was arranged with his cousin. But he did not agree. Finally married Broma.

This wedding photo is now viral on social media due to age difference. Love has no age. Love is not measured by age. This woman proved it once again.