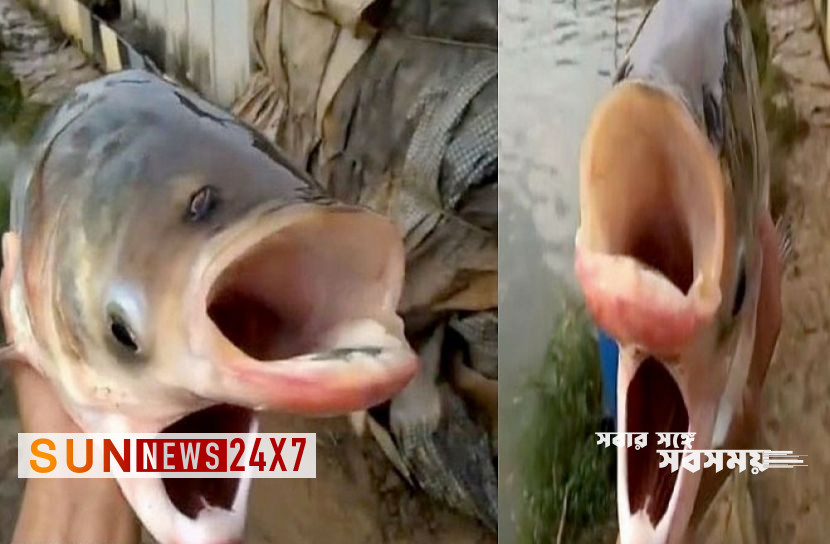 Sun News Desk: A strange fish has been found in a lake near the Chernobyl nuclear power plant in Ukraine. The fish has two faces and ‘four eyes’. A video of this fish has gone viral on media after being pulled from the lake.

In a report on Tuesday (September 20), the British media Daily Star reported this information.

According to the report, there was nuclear contamination in the lake in 2017. And because of that pollution, the physical deformity of the fish has occurred strangely. However, scientists are not sure about this. They claim that more tests are needed to find out whether the fish was deformed due to pollution.

Although the fish appears to have two faces and four eyes in the video, many scientists are reluctant to accept it. The second face that appears, they claim, may actually be a wound. Due to the incomplete healing, the pit-like areas are formed.

According to them, the second pair of ‘eyes’ seen above the head are probably not eyes. They are the nostrils of the fish. Because the fish appears to be an Asian carp. One of their characteristics is the nostrils on the top of the head.