A glimpse of destruction in Pariman’s world 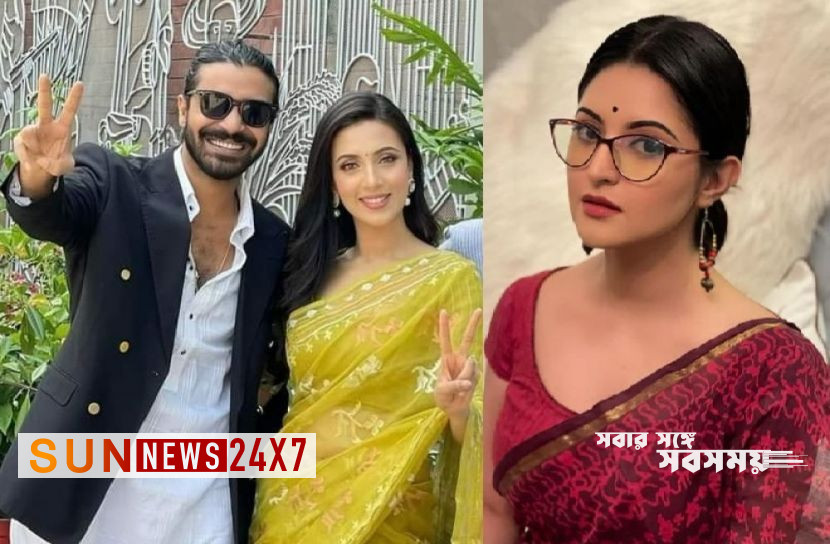 Entertainment Desk: Rumors are spreading in the showbiz arena that there is a glimpse of a break in the world of the popular film couple Shariful Raj-Parimon due to an extramarital affair with the popular actress of Dhakai movie Vidya Sinha Saha Mim.

Among them, on Thursday (November 10), two popular actresses of Dhakai cinema, Vidya Sinha Mim and Parimoni, posted on social media, the matter came to light. On the first day of Mim’s birthday, actress Parimony posted a post about her ‘Paran’ and ‘Damaal’ hero Shariful Raj.

Then Parimoni tagged Mim and wrote, ‘Should have been satisfied with my son-in-law.’

Similarly, tagging her husband Raj, the actress wrote, ‘You shouldn’t have let it go this far.’

Read more: Divorce is not ‘easy’

On the other hand, Parimoni and Shariful Raj did not open their mouths about the matter. However, a trusted source said on condition of anonymity that Pari and Raj had a fight last night (November 9). The cause of this quarrel was Vidya Sinha Mim. Both of them quarreled about him. After that Parimoney posted on Facebook tagging MIM.

Incidentally, while working together in the movie ‘Guneen’, Parimoni and Shariful Raj got married secretly in October last year. Later they completed the wedding ceremony organized by the two family members. On August 10 this year, Parimani’s son ‘Rajya’ came to her lap.

Read more: Sravanti is the same

On the other hand, actress Vidya Sinha Mim announced her marriage at the beginning of the year. This star got married on January 4. 10 months have passed. Before the wedding, there were rumors for a long time that the banker is going to marry Lux star Vidya Sinha Mim.

In the end, the rumor turned out to be true. Mim exchanged rings with the banker on November 10 last year. On his birthday, the engagement was completed in the presence of two families in the evening at a five-star hotel in Dhaka. Mim’s groom’s name is Soni Poddar. Comilla’s son Soni is working in a private bank in the country.

Mim then said that they had been in a relationship for six years. At one time the two family members were informed about their relationship. Both families were positive from the start. They all decided to get engaged on last year’s birthday. They both got engaged on the family’s decision.