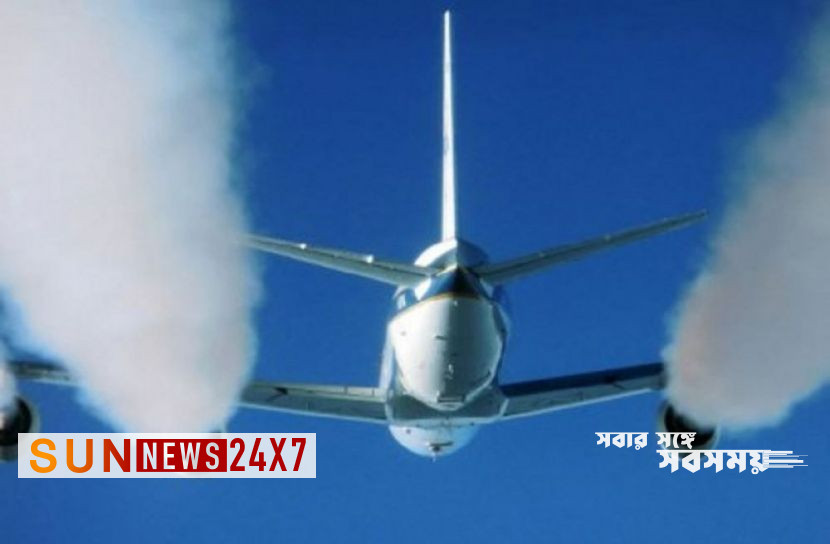 Sun News Desk: Small prototypes of electric planes and even a few solar-powered planes have given us hope. But the chances of survival in the race for the global passenger and freight transport industry are slim. That is why, at least in the short term, airplanes must be powered by jet fuel, which does not add carbon to the atmosphere. Researchers say that algae fuel can provide a significant solution to achieve zero-carbon success in the aviation sector. BBC.

In its native habitat at depths of about 15 meters (49 ft) in the ocean, the algae absorb sunlight and absorb carbon dioxide from the atmosphere in the process of photosynthesis. The giant alga grows at a rate of about 60 cm (2 ft) per day, making it one of the fastest-growing seaweeds in the world, and grows even faster if moved to a more nutrient-rich depth of 80 m (262 ft).

It is estimated that algae (kelp) and sea grasses (macroalgae) can remove 61 to 268 million tons of carbon from the atmosphere each year. Therefore, if seaweed can be collected and turned into biofuel with carbon taken from the air, there will be no danger of these additional emissions. Scientists are still experimenting with the matter. Brian Wilcox, co-founder and chief engineer of the California-based company Marine BioEnergy, said the big advantage of making biofuels from algae is that it can be done using all the existing refining infrastructure of the petrochemical industry. Researchers at the Wrigley Institute for Environmental Studies on Santa Catalina Island are working with Marine Bioenergy to develop a process that would require large-scale algae cultivation to produce biofuel.

It is from this idea that experiments conducted as part of a US Department of Energy-funded research program revolve around novel sources of energy from algae. Kim and his team collected two sets of algae from an underwater habitat off California’s Santa Catalina Island. After testing, Kim and his colleagues believe, deep-cycling represents a promising option for biofuel production. Algae cultivation for biofuels could be permitted using such methods. Wilcox, who is working with Kim, claims that only 0.5% of the Earth’s oceans would need to be used for seaweed farming so that algae-based biomass could provide liquid fuel for all long-haul vehicles and aircraft worldwide. Several methods have already been explored to convert algae into biofuel, including a process called hydrothermal liquefaction. It will break down solid carbohydrate-rich biomass into liquid components in hot pressurized water to extract biocrude oil. Researcher Kim believes that if the algae can be grown in large-scale marine farms, it can be produced in large quantities without pesticides.

Some parts of the aviation industry have already discovered the potential importance of algae-based biofuels. Airbus demonstrated in 2010 that it can fly airplanes using algae biofuel. They have hired researchers to make it comprehensive.

Researcher Brooke said, “If we start today, we can provide 40-50% aviation fuel in seven years.” But that approach would require new refineries and distribution systems, and financing could be a major hurdle, Brooke said.