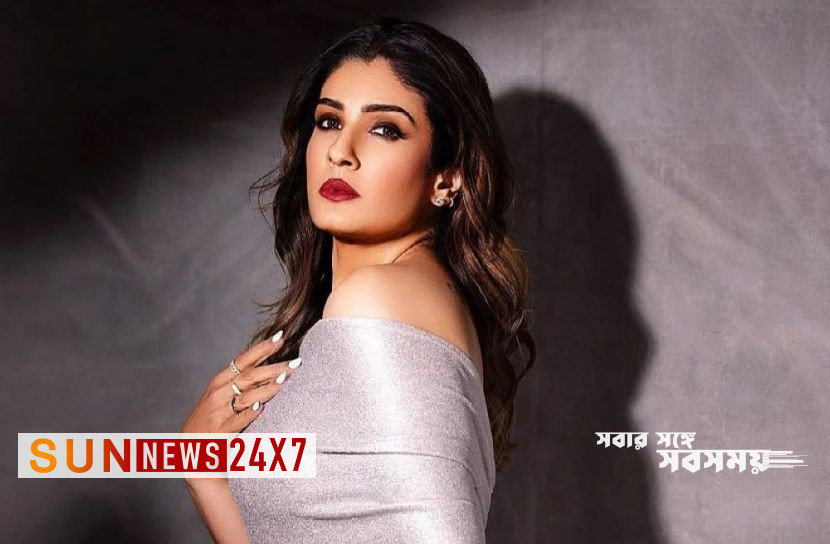 Sun News Desk: Akshay Kumar-Raveena Tandon was the popular Bollywood couple of the nineties. Raveena has acted in several Bollywood movies with Akshay.

It is known that during the shooting of the movie ‘Mohra’ in 1994, Raveena became close to Akshay. At that time their relationship was an ‘open secret’. It was even heard that they got engaged.

But at that time Akshay was intimate with three or four other actresses besides Raveena, that’s the complaint of Raveena! He himself made such allegations against the former by breaking the relationship.

Raveena has opened up about her breakup with Akshay in various interviews. She says, Akshay has betrayed me multiple times. So I did not marry him. This has been said in a report of Zee News Bangla.

According to Raveena, she forgives Akshay many times. But Bollywood’s ‘Khiladi’ kept repeating the same incident. It hurts his self-esteem. That is why he felt that he should break the relationship without sustaining this relationship at that time. Later he had a conversation with industrialist Anil Thadani. After getting over Akshay’s infatuation, Raveena moved in with Anil.

Read more: Rambha is affected by road accidents in Canada

But Raveena Tandon became a mother long before marriage. Two children were adopted. At the age of 21, he recognized two daughters as his daughters. When Raveena was 21, her elder daughter adopted daughter Chhaya was 11. Later he adopted Pooja too. After that, Ravina got married to Anil and had two sons and daughters. Their names are Ranveer Vardhan and Rasha. Raveena’s elder daughter adopted daughter Chhaya is also married and has a child. So Ravina became a grandmother at the age of 48.

Incidentally, Raveena started her acting career with Pathhar Ke Phool (1991). The film was a hit at the box office and Lux ​​won the Filmfare Award for Best New Face for this performance. The following year his films Mohra, Dilwale, and Ladla were box office hits. She received a Filmfare Award nomination for Best Supporting Actress for the third film. Mohra and Ladla were the second and seventh highest grossing films of 1994 respectively. Her other films this year were the thriller Imtihaan and the cult comedy Andaz Apna Apna. His 1995 film Jamana Deewana opposite Shah Rukh Khan failed at the box office.

Although away from acting for a long time, Raveena recently returned to the screen with a web series called ‘Aranyak’. Now he is regularly seen in dance reality shows. He returned to the big screen this year with ‘KGF 2’.