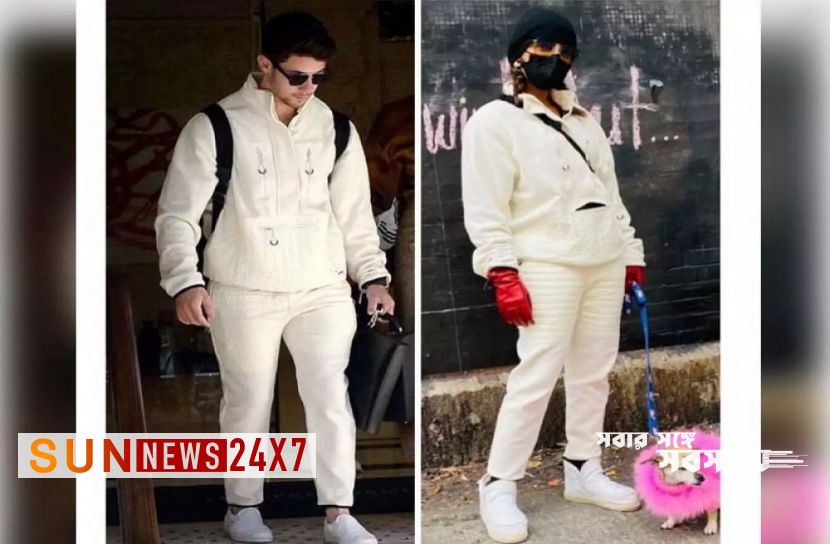 Priyanka is very active on social media. Especially on the photo and video sharing site Instagram, she posts pictures of various happy moments with her husband. Sometimes she is seen wearing her husband’s clothes.

Priyanka talked about this issue in an interview recently. Bollywood’s ‘Desi Girl’ famous actress said, ‘I always wear my husband’s clothes. I can’t wear the shoe because it’s not my size. I steal everything from his jacket to sunglasses. Her collection of clothes is very beautiful.’

Priyanka and Nick Jonas appeared together on the Met Gala red carpet in 2017. After that, rumors of their love spread. On December 1, 2018, Priyanka-Nick’s wedding took place according to Christian tradition at Umaid Palace in Jodhpur. The next day, the couple got married in Hindu rituals.

Read more: Relationships with ex-wives are not bitter.

In a statement on social media on January 21, Priyanka informed about becoming a mother through surrogacy. This star couple named their daughter Malti Mary Chopra Jonas.

Currently, Priyanka is busy with several Hollywood projects. His movie ‘It’s All Coming Back To Me’ is awaiting release. Besides, the actress has completed the shooting of Amazon’s ‘Citadel’ series.