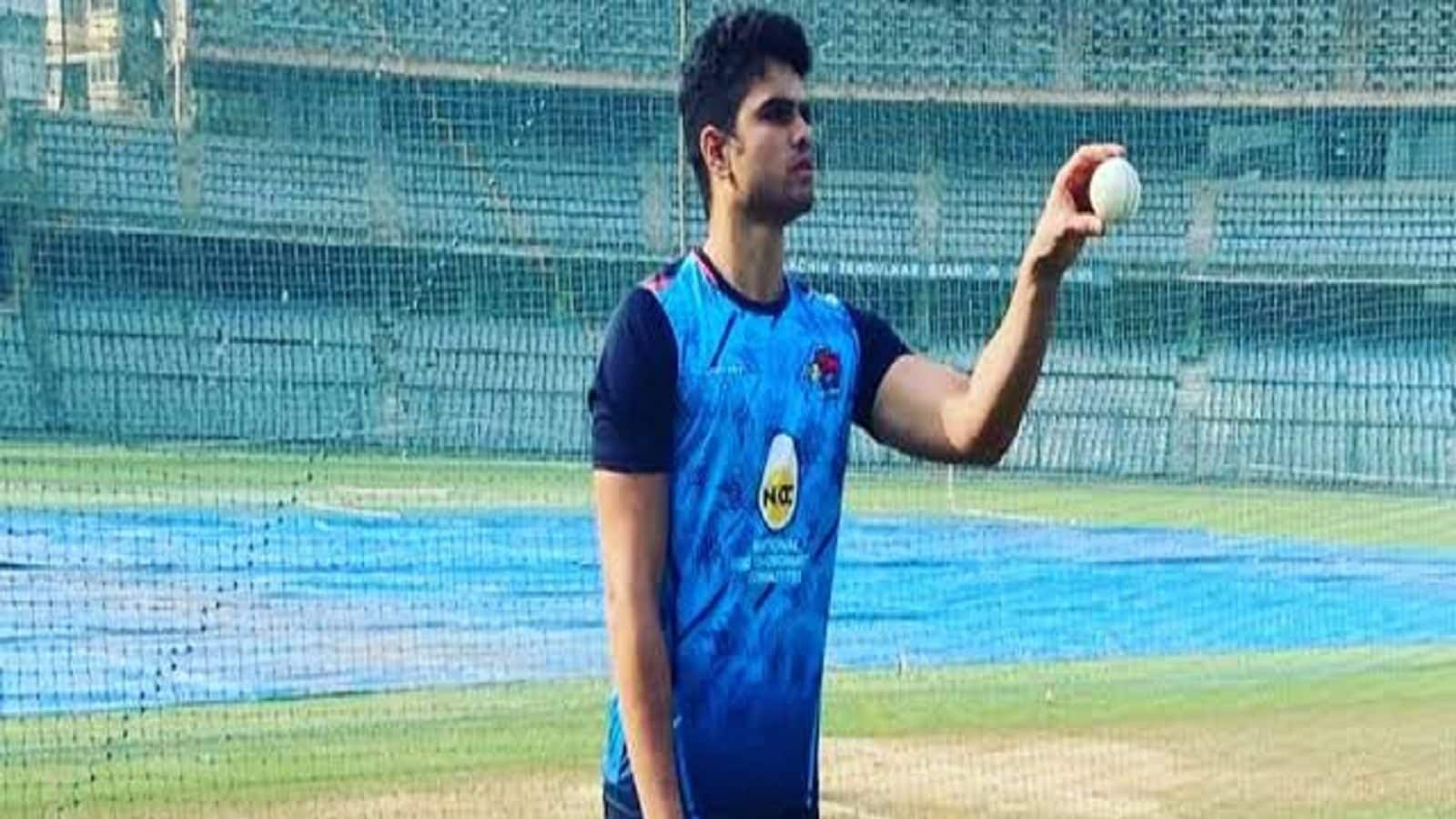 #Jaipur: Bap ka beta, sepai ka ghora, kuch nehi, to thora thora,! Arjun Tendulkar proved this proverb for the first time. He performed flawlessly with the ball at the Swai Man Singh Stadium on Friday. He proved that if he sticks to being a left-arm fast medium bowler, he will get success. Arjun made his debut in domestic cricket for Mumbai last season.

But Sachin-Putra joins Goa this season. He played for Mumbai Indians in IPL. Arjun Tendulkar took 4 wickets against Hyderabad in the Syed Mushtaq Ali Trophy. Sachin-Putra bowled 4 overs and took 4 wickets with 10 runs. But he could not prevent the loss of the team. Goa were all out for 140 runs.

Aditya Kaushik scored 33 runs. Arjun did not get a run with the bat. He got out for just 2 runs. The opposition batsmen had a lot of trouble handling Arjun’s new ball swing. His ball was moving late. He was taking the reverse swing. Arjun dismissed Pratik Reddy, Tilak Varma, Ravi Teja, Rahul Buddhi.

A few days ago, he was seen doing special exercises with Yuvraj Singh’s father Yogaraj in Chandigarh. Arjun had understood long ago that if he wants to be known as a cricketer, he cannot stay in Mumbai. Don’t want to have the identity of a famous father. Loves playing cricket. You want to make a name for yourself.

Today maybe his famous father Sachin Tendulkar will be really proud. But for Arjuna, not his own performance, but the team’s result is more important. Goa lost there.