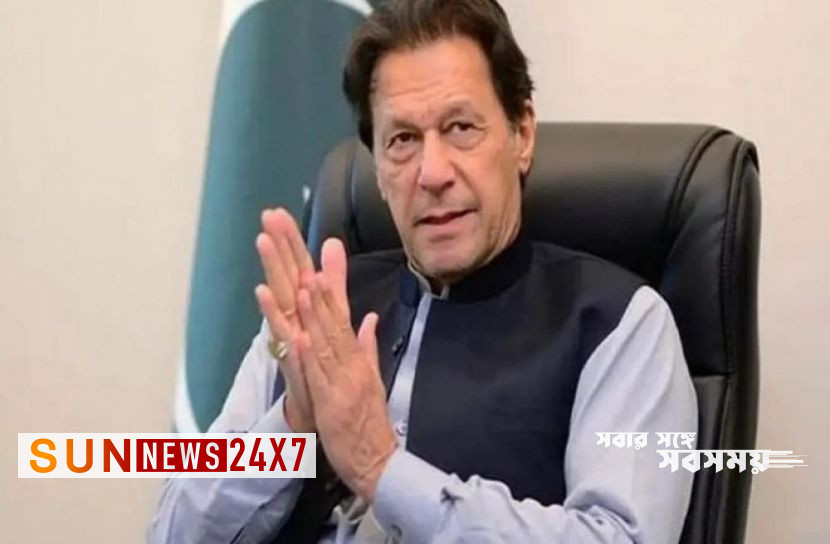 Read more: The Rohingya crisis is not acceptable

A magistrate of Islamabad’s Margalla police station issued the warrant against him. This information was given in a report by Pakistan-based media Dawn on Saturday (01 October).

A contempt of court case was filed against Imran Khan on August 20 this year. The case took place mainly after the country’s Additional District and Sessions Judge Zeba Chowdhury made comments.

Read more: The death toll in Kabul rose to 35

Imran Khan filed an affidavit in the Islamabad High Court in the contempt case. A few hours later, the arrest warrant issued against him surfaced. In the affidavit, he expressed his willingness to apologise, in case Zeba Chowdhury felt that he had crossed the line in criticizing him.

It is reported that Imran Khan publicly threatened a senior police officer, a woman judge, state institutions and bureaucracy while giving a speech at Islamabad’s F-9 Park on August 20.

Read more: The price of eggs has increased again

Incidentally, Imran Khan Niazi is the former Prime Minister of Pakistan, former player and captain of Pakistan National Cricket Team. After his playing career, he got involved in politics. He is one of the greatest all-rounders of all time in world cricket. Pakistan won the World Cup in 1992 under his captaincy.

After winning the World Cup in 1992, Imran Khan entered the political arena in 1996. Pakistan Tehreek-e-Insaf was established in April 1996 with anti-corruption slogans. The next year in 1997, he contested from two constituencies but lost both. Still he did not stop. Imran Khan won the election in 2002.

After becoming president in 2007, Musharraf was contesting the election from the post of army chief. Imran Khan resigned along with 85 members of parliament on October 2 of that year in opposition to that election. Musharraf, who became president in that election, declared a state of emergency in Pakistan. Imran Khan was placed under house arrest. At that time he was released after spending some time in jail.

In 2013, his party won seats as the second largest party in Pakistan’s 10th general election. And on July 25, 2018, his party became the largest party in terms of number of seats in the 11th National Assembly elections of Pakistan. He took oath as the Prime Minister on 18 August 2018.