Artificial Sun Made in China: Five Times the Heat of the Real Sun 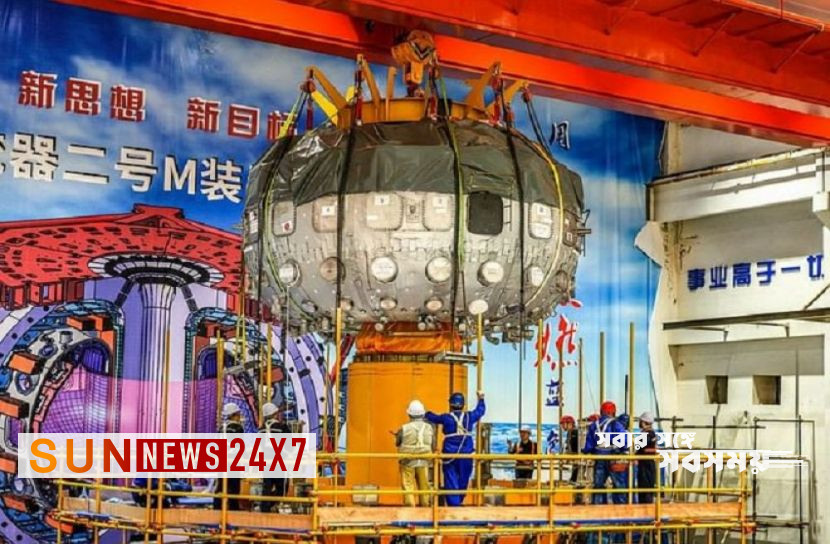 According to Xinhua News Agency, recent tests show that the artificial sun produces 70 million degrees Celsius of heat, which is close to five times that of the real sun. More importantly, they managed to maintain this heat for about 18 minutes.

Scientists hope that it will be possible to use nuclear fusion or centripetal fusion to generate energy that is environmentally friendly. At least he will take a step forward.

In a nuclear reaction, several light nuclei combine to form a relatively heavy nucleus. In addition, enormous energy is created in this process. Those scientists are basically simulating the process of nuclear fusion of the sun.

According to the report, researchers are busy conducting experiments at the nuclear fusion reactor named ‘Experimental Advanced Superconducting Tokamak (EAST)’ in Hefei City, Anhui Province, China. It is part of Hefei Institute of Physical Sciences. Now they are trying to make the furnace stronger, more heat resistant.

Such laboratories are called artificial suns because they simulate the process of nuclear fusion in the original sun. That is, the process of generating solar energy is being followed. Hydrogen and deuterium gas are used as fuel in such reactions.

Its main goal is to create an environment-friendly source for people’s growing energy needs. The amount of deuterium gas that can be obtained from one liter of sea water, the energy obtained through nuclear fusion is almost equal to the energy obtained by burning 300 liters of gasoline.

Now think about how much water there is in the sea and how much deuterium can be extracted from it. If it is possible to develop a sustainable method of energy generation like that used now through nuclear fusion, the energy needs of millions of years can be assured.

Although the EAST laboratory was built by the Chinese, since 2006, scientists from various countries have conducted research there. This artificial sun is the result of the work of more than 10 thousand Chinese and foreign scientists. British tabloid The Sun said that China has already spent 70 million 10 million British pounds on this project. The test which started at the beginning of last December will continue till next June.

According to Song Yuntao, director of the Institute of Plasma Physics of the Chinese Academy of Sciences, this is a milestone in moving from research to the practical stage, the South China Morning Post reported. Last May, EAST achieved another milestone. The reactor operated for 101 seconds at 120 million degrees Celsius of service.