At least 16 killed in Russia 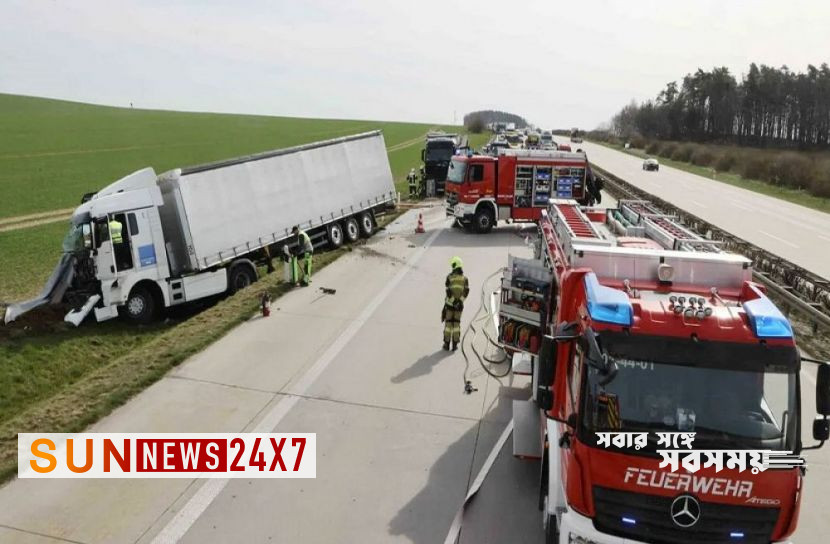 International Desk: At least 16 people were killed when a lorry hit a stationary minibus in Russia. Besides, three more injured in this clash have been admitted to the hospital.

According to a report by Reuters, local law enforcement agencies said that the casualty occurred in a collision between a lorry and a minibus on a road in the Ulyanovsk region on Sunday (August 21).

In a statement, the Ministry of Internal Affairs of the Ulyanovsk region said, “According to preliminary information, the driver of a heavy goods vehicle failed to slow down in time and hit a minibus standing on the road.”

The statement also said that the minibus was standing due to road maintenance work. The minibus got stuck between the two lorries. This is where the accident happened.

Read more: I am sitting to play

In the video footage released by the police, it can be seen that the minibus, stuck between two lorries, was twisted and twisted due to the impact. Emergency services personnel later inspected the vehicle at the scene of the accident.

According to the report, the National Investigation Committee of Russia has started a criminal investigation into this lorry-minibus accident.