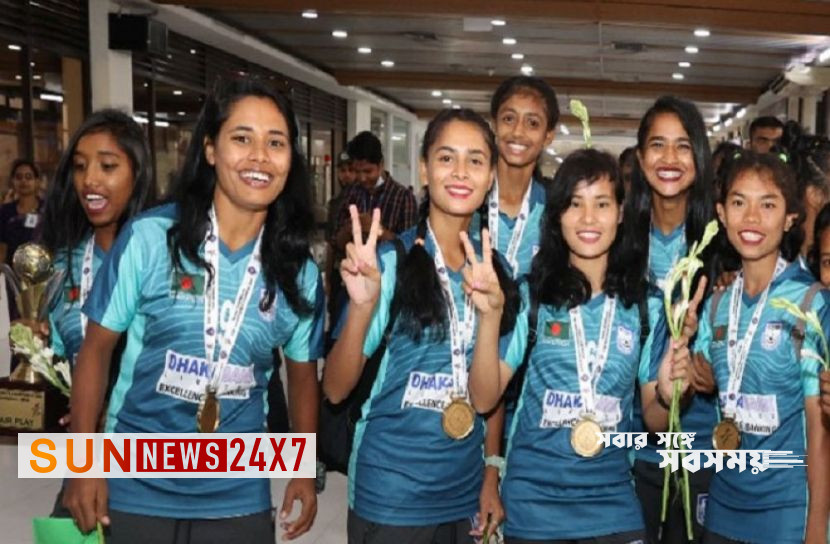 Sports Desk: Bangladesh Football Federation (BAFFE) has given compensation to the girls who won the match in case of theft of dollars.

Read more: 4 more people lost their lives in the country

It was explained by Shamsunnahar seniors, Krishna Rani Sarkar and Sanjida Akhtar on Saturday (September 24).

Mahfuza Akhter Kiran, Chairman of Women Wing of BAFUF handed over cash to the girls while talking to the media. They were charged more than the stolen money. Kiran explained this amount as compensation to the girls on behalf of BAFF President Kazi Salauddin.

Chairman Mahfuza Akhter Kiran said, I told you yesterday in the press conference, if something like this is caught in the CCTV footage of the airport, the lost money of the girls will be explained. I am telling you on behalf of the Buffe president, I explain the amount of money to you well.

Read more: Malaysia is angry at the role of the United Nations

Incidentally, Bangladesh girls beat Nepal 3-1 to win the SAF title for the first time. Sabina Khatun’s team returned from Nepal on September 21. After a warm welcome at the airport, the champion team was taken to the Buffe Bhawan in a trophy parade in an open-top bus. Earlier, Krishna and Shamsunnahar’s bags were stolen at the airport. The stolen money was explained to them after two days. However, the CCTV footage of the airport did not capture anything of the theft.