Bangladesh beat Bhutan in the final 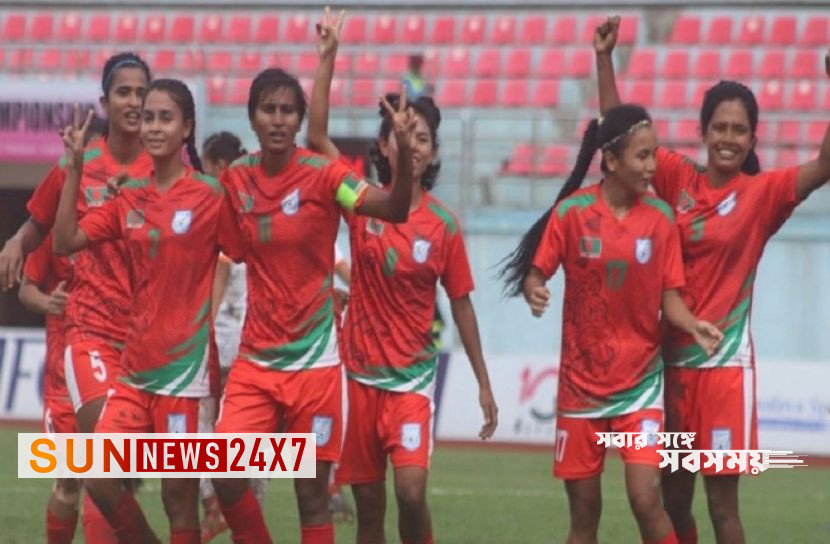 Sports Desk: In the semi-finals of the SAFF championship, the representatives of the red and green reached the final by beating Bhutan with a big margin of 8-0 goals.

Read more: Prices of daily commodities will be fixed

Sabina Khatun, Krishna Rani Sarkar, Rituparna Chakmara left the field with a victory of 8 goals by scoring a goal in the first half of the match and another goal in the second half. As a result, Bangladesh women’s team reached the SAFF final for the second time.

Bangladesh girls were confident of winning against Bhutan in the first semi-final of the tournament in Kathmandu on Friday (September 16).

Read more: A mass grave has been discovered at Izium

In the entire match, Bangladeshi girls played football with dominance. Bhutan could not test Bangladesh’s defense even once.

Bangladesh scored a goal from the first attack of the match. In the second minute, Sirat Jahan took a pass from the midfield and beat the Swapna goalkeeper and put the ball into the net.

Read more: 10 killed in wall collapse due to heavy rain

Sabina scored her second goal in the 53rd minute to lead Bangladesh 5-0. In the 57th minute, when Sabina’s free kick escaped the Bhutan goalkeeper, Masura Parveen sent the ball into the net with a soft shot to make the difference 6-0.

Badli Tahura scored in the 88th minute to make the margin of victory 7-0. Captain Sabina Khatun completed her hat-trick in injury time and won the team 8-0.

Bangladesh scored 20 goals in four matches in this tournament. They defeated Maldives 3-0, Pakistan 6-0 and India 3-0 in the group stage and reached the semi-finals.

India and Nepal will meet in the second semi-final in the evening. Bangladesh will fight for the title against the winning team on September 19.