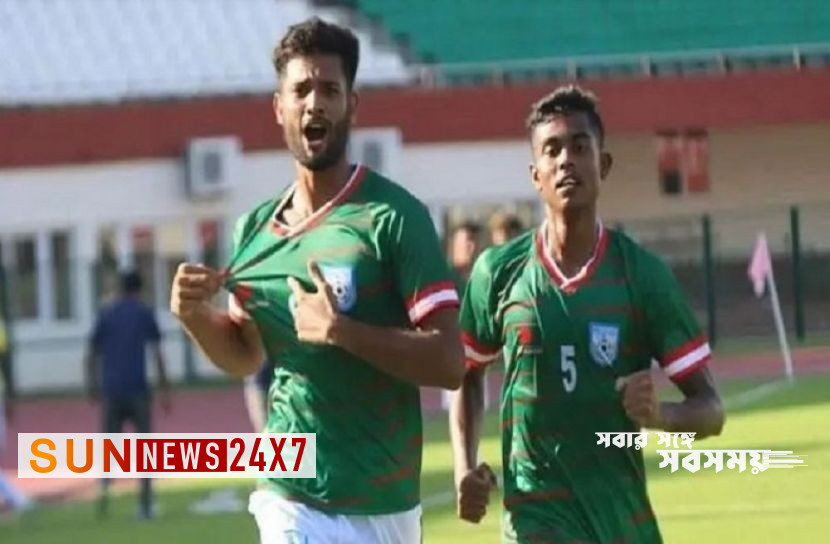 Sun News Desk: Bangladesh on the way to the final of SAFF U-20 Championship. Bangladesh defeated India 2-1 in the match held in Bhubaneswar, India on Wednesday (July 27).

Read more: The population of the country is 16.5 million

Pius took control of the ball from midfield in the 29th minute of the game. The Indian defender blocked him. He changed places in the box within a few seconds. When the Indian goalkeeper came forward, he brilliantly sent the ball into the net. Bangladesh lead 1-0 with his goal.

In the extra time of the first half, the defender of the host team fouled the Bangladeshi footballer in the box. The referee blows the penalty whistle. Piyas Ahmed Nova scored to give Bangladesh a 2-1 lead.

In the second half, both teams played desperately for goals. No team could score despite having several opportunities. In the end, Bangladesh ended the game with a 2-1 lead. Bangladesh will face Nepal in their third match on Friday.