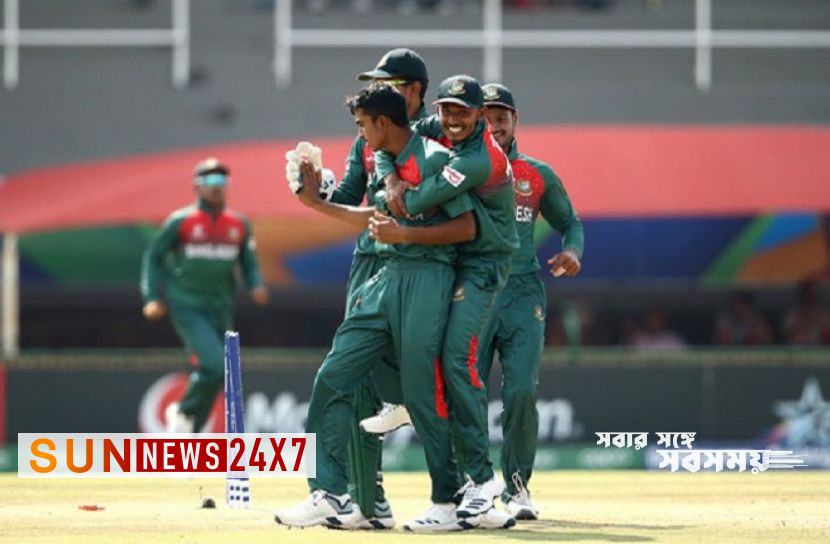 Sports Desk: Bangladesh youth team won by 7 wickets in the first ODI against Pakistan youth team. The 1st match of the 3-match series was held on Thursday.

Pakistan Youth team lost the toss and batted first and were bowled out for 202 runs at the Multan Cricket Stadium. Arafat Minhaj remained unbeaten with the highest score of 71 runs for the hosts. Another batsman Uzair Mumtaz scored 57 runs.

In response, Bangladesh’s two openers Chowdhury Mohammad Rizwan and Ashiqur Rahman Shibli scored a pair of half-centuries. These two openers started rampaging the Pak bowlers right from the start. They added 160 runs in the opening pair. Rizwan departed after playing an innings of 79 runs off 86 balls. Then Ashiqur returned with 74 runs.

Jeesan Alam, who dropped to number three, could not last long, went back to 11 runs. Later, Shahriar Shakib and Ahrar Amin completed the rest. With the bat of these two batsmen, Bangladesh left the field with the victory with 29 balls remaining. Shakib was on 18 and Amin was unbeaten on 7 runs. Raja took two wickets for Pakistan.

Read more: Dengue deaths are on the rise