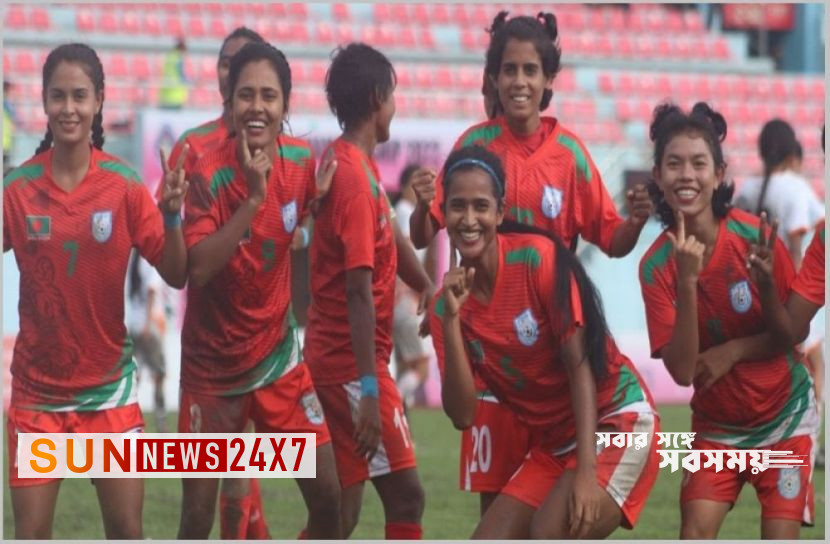 Sports Desk: Bangladesh beat Bhutan by a huge margin of 8-0 in the SAFF U-15 women’s football tournament thanks to Suravi Akand Preeti’s hat-trick. Bangladesh was leading 3-0 in the first half of the match.

The match was held at the Bir Shresh Shaheed Sepoy Mustafa Kamal Stadium in Kamalapur on Tuesday (November 01).

Bangladesh’s scoring journey started in the seventh minute. Umelah Marma took control of the ball in front of the box when Nusrat Jahan Mitu extended it from the midfield. Aguan entered the box alone with the ball and beat the goalkeeper.

Read more: There will be no shortage of fertilizers

Thunio Marma doubled the lead after 15 minutes. Bangladesh fell into the off-side trap several times. During this goal, Bangladesh broke the trap and scored Zainab scored a wonderful goal in 28 minutes. His shot from 35 yards found the back of the net.

Bangladesh will face Nepal in their second match on Thursday.