Bangladesh has lost the game of wits 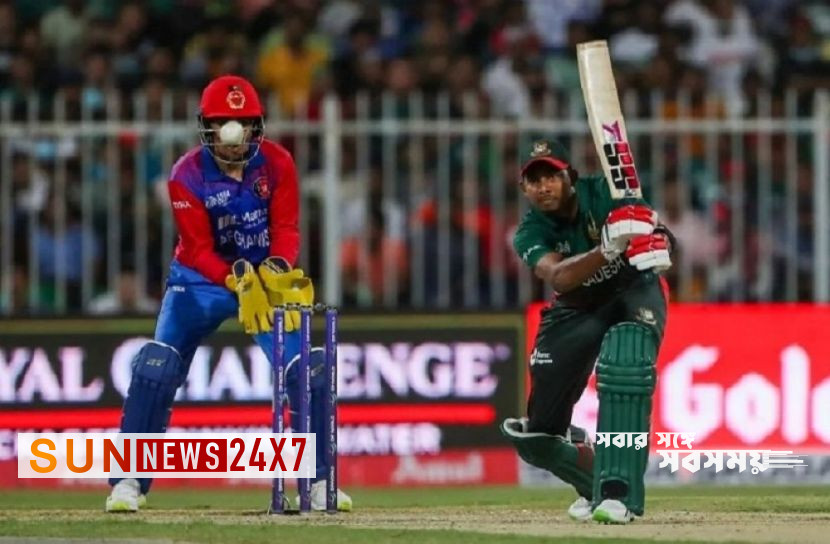 Sports Desk: The mission of the runner-up Bangladesh team of the last two seasons started after losing to Afghanistan by 7 wickets in the Asia Cup. Intelligence was key to Afghanistan’s 7-wicket victory over Bangladesh in Sharjah on Tuesday (August 30) night. Bangladesh lost that way.

Afghanistan took the victory by ignoring the Bangladeshi bowlers with the stormy batting of Ibrahim and Najibullah. And Mohammad Nabi’s team made it to the Super Four by becoming the champion of Asia Cup Group ‘B’. And after stumbling against the Afghans, the Asia Cup mission began for the Tigers. Afghanistan passed Bangladesh’s target of 128 runs with 9 balls in hand.

Bangladesh won the toss and batted first, scoring only 28 runs in the power play and losing 3 wickets. Later, the experienced Mushfiqur Rahim took the path to Sajghar with the first ball of the seventh over. The Tigers fell into a deep ditch after losing 4 wickets before the team scored 30.

Instructions to perform duties even on holidays

From there, Mosaddek Saikat’s brilliant batting of 48 runs off 31 balls accumulated enough capital to protect the face of 127 runs on the scoreboard of Bangladesh. After bowling, Shakib Al Hasan’s team picked up 3 wickets with just 65 runs in 14 overs.

But in the last six overs, Afghanistan easily won the match with the bat of Najibullah Zadran and Ibrahim Zadran and won the Super Four ticket. Najibullah and Ibrahim added 69 runs in just 5.3 overs in unbroken partnership. Najibullah scored 43 runs off 17 balls in the tornado innings.

Shakib, Mosaddeq and Saifuddin took one wicket each for Bangladesh. Mostafiz bowled 3 overs and gave 30 runs but did not get any wicket, besides Saifuddin bowled 2 overs for 27 runs.

After the victory, Afghan captain Nabi said, ‘The soil of this wicket is new. And nobody played on this pitch. So bowling earlier has been good. Got a chance to learn about the pitch. Understand how the pitch behaves. By exploiting that, we were able to take quick wickets and keep the opposition team under pressure.’