Bangladesh in the final 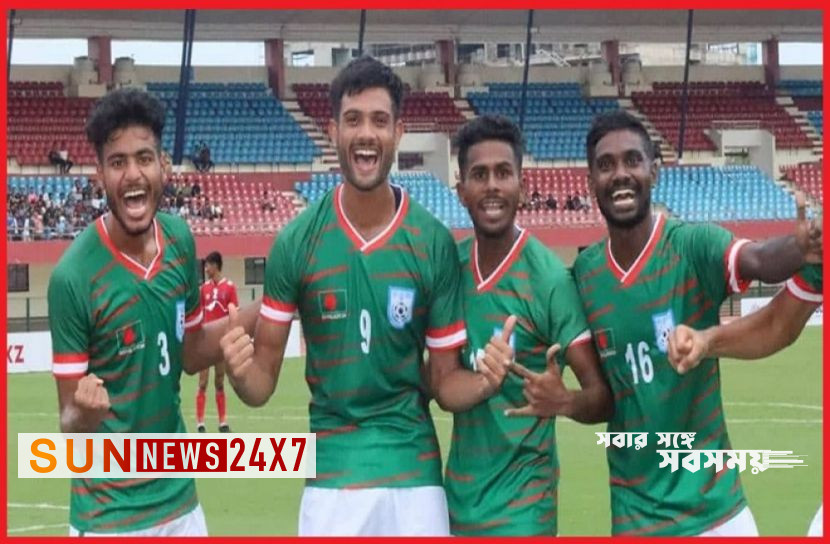 Sports Desk: Bangladesh was already very close to the final with 9 points after winning the first three matches.

Bangladesh was supposed to reach the final even though they drew with Nepal in today’s match. Pius Ahmed did just that in Novara Saf U-20 football.

The youth of Bangladesh went ahead with the first goal in the second half. However, after conceding a goal, they left the field with a draw. But they also confirmed the final.

In the first half of the match, playing in attack-counter-attack, they could not score a goal, but they also did not digest the goal. The first half ended with a goalless draw.

Then in the 63rd minute of the match, Piyas Ahmed Nova’s great goal led Bangladesh. Nepal equalized in the 68th minute.