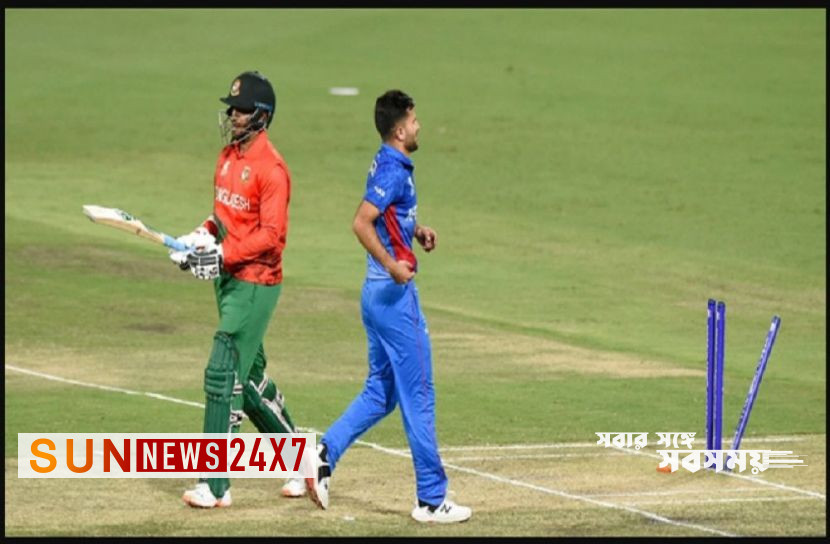 Sun News Desk: Bangladesh suffered a setback in the warm-up match against war-torn Afghanistan. In a word, that’s it. No pressure, nothing – only natural play is needed, Bangladesh could not do that. After a good start with the ball, the end was haphazard. And the batting is all right.

5 wickets were lost without accumulating 28 runs on the scoreboard. In the end, the Tiger batters could not even touch triple digits.

Read more: Australia is the favorite in the World Cup

Only 28 runs came in the power play, losing 4 wickets. Another wicket lost on the first ball after the powerplay. After that basically Bangladesh’s innings ended. Mirage scored the highest 16 runs in the team off 31 balls.

Starting with 5 runs in the first over, Miraz started the second over by hitting Farid Ahmed for four in a great draw off the off. In the last two balls of the same over, Nazmul Hossain Shanto also indicated excellent batting with two consecutive fours. But no, Fazal Haque Farooqui’s fall started from the third over. Shanta (12) bowled while playing on the front foot.

Then Bangladesh lost 4 wickets in four overs. Bangladesh’s batsmen were disoriented because of one Farooqui. Soumya Sarkar, Shakib Al Hasan return for 1 run, Afif Hossain could not open the account of runs.

Nurul Hasan Sohan 16 14 signaled to turn around and returned as a victim of Farid. 13 runs came from his bat. Mostafizur Rahman saved from being all out by scoring 10 runs in 17 balls.

Afghans scored 33 runs in the last 2 overs. Earlier, the pace of the run was modest. Bangladesh’s weakness in the death overs Shakib scored 19 runs in the 19th over with 2 sixes and 1 four. And Taskin gave 14 runs in the last over.

Hasan bowled the same way from start to finish. This pacer took 2 wickets with 24 runs in 4 overs.

Mostafizur Rahman was dropped after playing badly in the first match in New Zealand. Did not get a wicket with the ball in preparation. But he was thrifty with the ball. He gave 31 runs in 4 overs. Apart from this, Soumya Sarkar gave 5 runs in 1 over.

Incidentally, Bangladesh’s weakness in death overs has not yet been overcome. A clear impression of haphazard bowling at the end was also seen in the warm-up match against the Afghans.

And the directionless situation has emerged in the batting. If such a performance is in preparation, what will happen in the main episode?