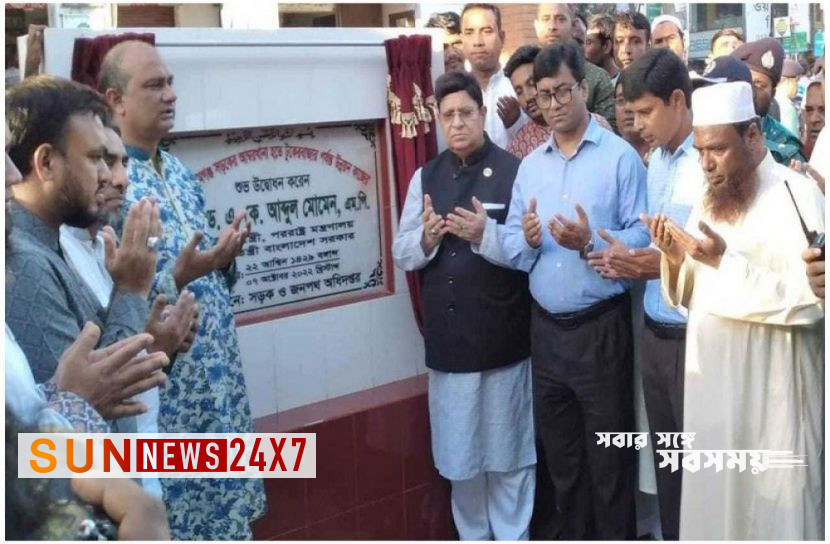 Sun News Desk: Although there is a fear of global food crisis in the future due to the global epidemic Corona and the Russia-Ukraine war situation, Bangladesh will not suffer much, said Foreign Minister Dr. AK Abdul Momen.

The foreign minister said that even an inch of land in Bangladesh will not remain empty. The government is trying to ensure food security. If you can manage food, you can manage anything else.

He said, ‘The World Bank said our GDP is very good. Where the GDP of other countries in the world is like 3 percent, ours is over 6. Bangladesh always works in terms of reality, so there is no reason to worry.’

Inaugurating the four-lane work, the minister said, ‘Amberkhana-Tukerbazar is an important road. Knowing about the suffering of the people, we are not working on the project to convert this road into four lanes.

Today, the work of this road, which is being built at a cost of 35 crores, has been inaugurated. Hopefully the work will be completed in a few months and people’s suffering will be eased.’

The External Affairs Minister later visited the Ambarkhana Government Colony grounds. At that time, the Deputy Commissioner and local Awami League leaders and activists were present with him.