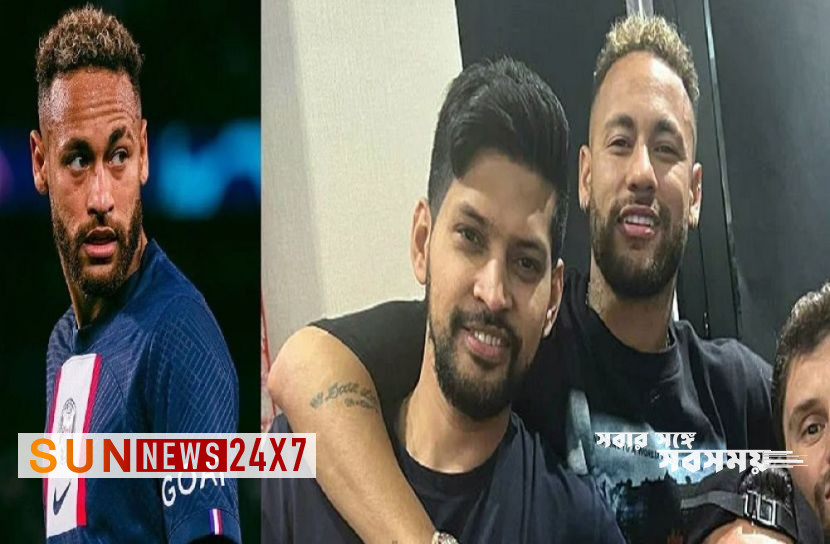 Sun News Desk: Neymar is one of the best footballers in the world today. He has shown his leg magic many times. Neymar is a dream hero for football lovers.

Read more: Tareq is the son of corruption

Take a look at the Brazilian superstar where it’s like a dream, a young Bangladeshi is Neymar’s ‘friend’ and his publicity work. He is Mohammad Robin (35), a resident of Ghazirtek Mollabari, Kalikaprasad Union, Bhairab Upazila, Kishoreganj.

It is known that the relationship between Robin and Neymar. Robin has been living in Brazil for 15 years. After completing his studies, he started an agricultural business. From that source, he met a Brazilian named Juan Celso. Celso is Neymar’s friend again. Basically, it was through him that Robin met and befriended Neymar.

Robin told Neymar that he has many fans in Bangladesh. The Brazilian superstar also knows that Bangladesh has the largest number of fans after Brazil. Meanwhile, Robin came home for two days due to his mother’s illness. As the news spreads, people flock to Bhairav’s house to see him. Even a week ago, no one knew Robin from Brazil that way. Because, he did not introduce himself as Neymar’s ‘friend’ before. Not even to family!

Their World Cup campaign will begin against Serbia on November 24 at 1 pm Bangladesh time. Robin will leave for Qatar on a night flight on Saturday (November 19) to join Neymar. Neymar is a great man in Robin’s eyes. He has no pride. Currently, Robin and Celso are doing publicity for Neymar. The people of Bhairav ​​seem to have had the pleasure of having Neymar close by meeting Robin for a short time.

Read more: India is next to the danger of Bangladesh

Incidentally, Neymar was selected as the South American Footballer of the Year in 2011 and 2012 at the age of 19. In 2011, Neymar was nominated for the FIFA Ballon d’Or. But came in 10th place. He also won the FIFA award. He is best known for his acceleration, pace, ball cutting, completeness and ability with both feet. His style of play has received critical acclaim and media coverage, and he has been compared to former Brazilian footballer Pele.