Brazil in the semi-finals 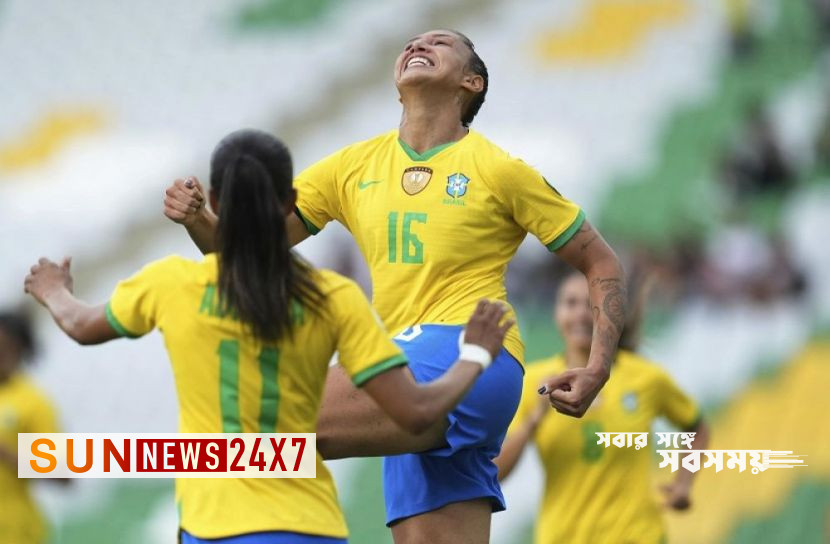 Sports Desk: Brazil have been unstoppable since the start of the Copa America. There is no way to stop them. After Argentina, Uruguay, the girls of Brazil beat Venezuela 4-0 in the semi-finals.

The match was held at the Estadio Centenario in Colombia on Monday (July 19) in the early hours of Bangladesh time. Argentina benefited from Brazil’s victory. Argentina will face Venezuela in their last match on Friday. If this match is drawn by any margin, Brazil’s partner in the semi-finals will be La Albiceleste.

Brazil have won all three matches in Group B of the Women’s Copa America so far. They are out of touch with full 9 points. Argentina and Venezuela have equal 6 points in equal matches. Due to which the last match between the two teams turned into an undeclared quarter-final.

Read more: A call to frugality

Brazil beat Argentina 4-0 in their first match. Then Uruguay 3-0. Venezuela also won their first two matches. The team won 1-0 and 2-0 against Uruguay and Peru respectively.

Due to being ahead in goal difference, the last match against Venezuela will only be a draw for Argentina. On the other hand, there is no other way for Venezuela to win. Venezuela is now facing such an equation after losing to Brazil.