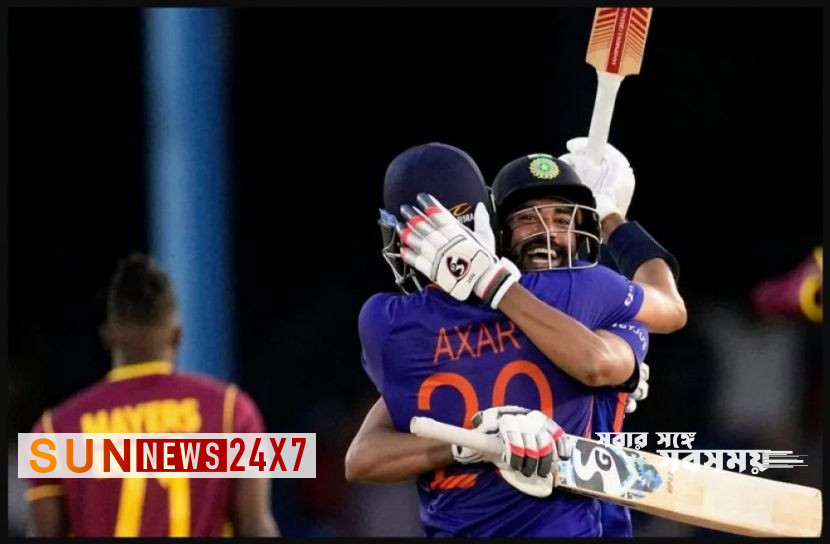 Sports Desk: The host West Indies could not score 200 runs in the three-match ODI series against visiting Bangladesh recently. This time, those Caribbeans are running fountains of runs against India.

The West Indies have crossed the 300-run mark in two consecutive matches. But could not win any match. The hosts have already lost the series by losing two matches.

India sealed the series with one match in hand thanks to the win by eight wickets. Besides, he has won 12 consecutive ODI series against the West Indies and set a world record. No other country in the world has won so many consecutive series against a particular country.

Later, Akshar made a partnership of 51 runs from 33 balls with Deepak Hooda first in a mission of ten runs per over. After Deepak was dismissed for 33 off 36 balls, Akshar went the rest of the way alone. Still needed 56 runs off 35 balls to win. A flurry of letters which came down to 8 runs off 6 balls.

The left-handed spinning all-rounder sealed the victory by hitting a six off the fourth ball of the last over. Akshar remained unbeaten on 64 runs from 35 balls after scoring his first ODI fifty of his career. His innings had three fours and five sixes. Akshar also took a wicket with the ball.

In addition, West Indies reached 311 runs thanks to captain Nicholas Pooran’s 74 off 77 balls, Kyle Myers’ 39 off 23 balls and Shamar Brooks’ 35 off 36 balls. That was not enough to win. Shardul Thakur took maximum 3 wickets with the ball for India.