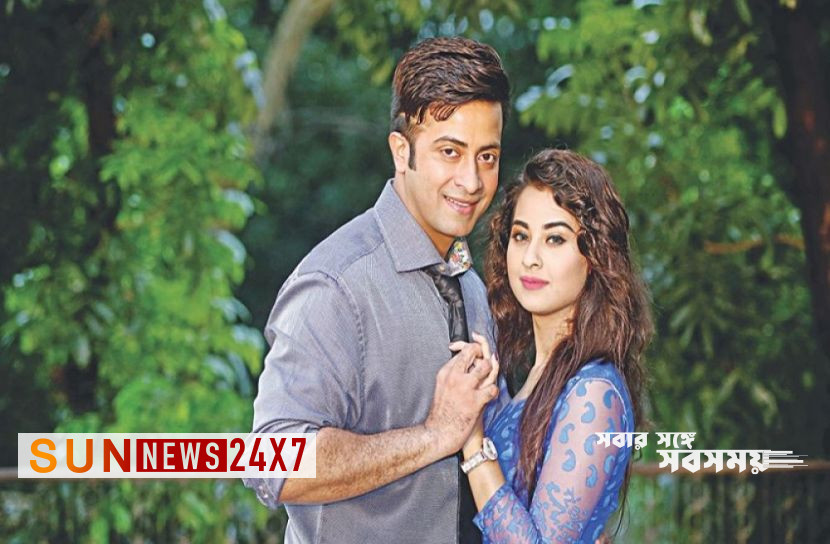 Sun News Desk: Sunday (November 20) was the birthday of Shabnam Bubli, the popular actress of Dhakai cinema. He was busy with shooting that day as well, and did not take leave. The actress did not want the director to suffer financial loss for her.

Read more: Nipun is the general secretary of Shilpi Samiti

Bubli told the media that Jasim Uddin’s film ‘Maya’ was being shot in Uttara. Scheduled in advance. Didn’t change because of birthday. Because, even with the schedule, if one day does not work, the director would lose.

Bubli celebrated her birthday by cutting a cake with her mother, father and sisters in the early hours of her birthday. But the boy gets a surprise when he hears Veer saying in a broken voice, ‘Happy Bud, Happy Bud…’. Mother Bubli laughed a lot after hearing this on Veer’s face. In his words, ‘maybe there was a discussion about my birthday at home for a few days, he may have heard it and remembered it. Little man, can’t say clearly anymore.’

Now the question was what did Vir’s father Shakib Khan give on his birthday? Bubli’s reply, ‘See, she is not that excited about her birthday. They don’t even celebrate like that. Wished me a day earlier on my birthday. He bought me a present last week. I didn’t know what the gift was beforehand. When I opened the diamond’s nose, tears came to my eyes. I was emotional when I got hold of it. I think this gift is an expression of his love for me in a different way.’

Incidentally, on September 27, actress Shabnam Bubli came into wide discussion by publishing the picture of her baby bump. There are rumors about who is the father of her child. From the beginning, the name of Dhakai movie actor Shakib Khan was involved. However, Shakib-Bubli did not let that rumor become a mess. Three days later, on Friday (September 30), both of them announced the news of their child.

Bubli made a post on her verified Facebook at 12 noon that day. There he writes, We wanted to bring our child in front of everyone by seeing an auspicious day. But what God does, he does for good, he didn’t have to wait long to tell the good news. Shehzad Khan Vir, my and Shakib Khan’s child, our little prince. My children are my pride, my strength. Wishing you all prayers for our child.

After Bubli’s Facebook status, Shakib Khan also acknowledged the issue of the child on his verified Facebook.

Bubli also said on her page that on July 20, 2018, she tied the knot with Shakib Khan, the popular hero of Dhakai cinema. They became the parents of a child on March 21, 2020.

Currently, Bubli has recently finished shooting for her part in producer Chayanika Chowdhury’s ‘Prahelika’. He is currently busy with the shooting of the film ‘Maya’. Besides, he has another film work called ‘Deyaler Desh’.