Champions PSG under the magic of Messi 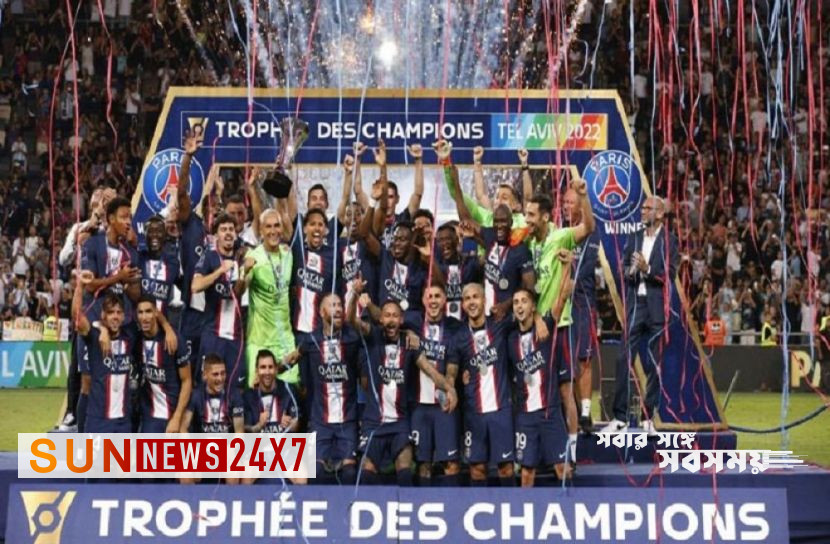 Sun News Desk: Lionel Messi and Neymar Jr. played brilliantly in the first competitive match of the season. Both scored in the French Super Cup match against Nantes. Another star Sergio Ramos has become a scorer with them. Due to which Paris Saint Germain-PSG became the champion with a big victory of 4-0 goals.

Neymar was on fire that day. This Brazilian star has scored two goals. Messi and Ramos have scored one goal each.

However, Lionel Messi won the man of the match. Kylian Mbappe, one of the stars of PSG, could not play the match due to the ban. This is PSG’s record 11th French Super Cup title.

Argentine superstar Lionel Messi scored the first goal in 22 minutes of the match. Messi received Neymar’s extended through-ball from almost midfield before cutting past two defenders and evading the goalkeeper to slot the ball into the net.

Neymar got his name on the scoresheet in added time of the first half. Brazil’s poster boy curled a superb curling shot from about 25 yards to the left of the D-box that curled into the crossbar and into the net.

PSG went into the break with a 2-0 lead.

Ramos joined Messi-Neymar back in the second half. The Spanish defender scored in the 57th minute.

Before the end of the match, Neymar Jr. made up for it. Neymar suffered a foul in the D-box in the 81st minute of the match. PSG gets the penalty.