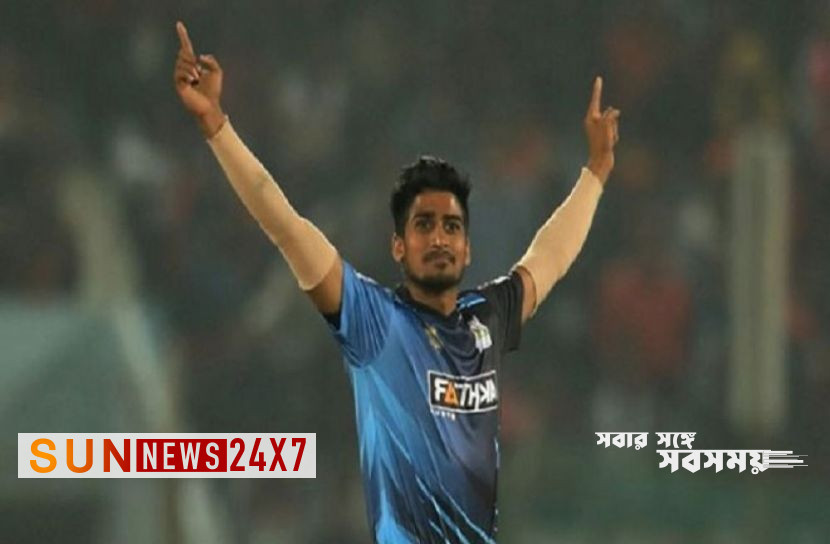 Sun News Desk: Bangladesh pacer Mehdi Hasan Rana has been banned. BCB has banned him from all forms of cricket for one month. This cricketer will not be able to participate in the ongoing NCL.

It is known that he has been banned from attacking national team selectors in Facebook posts.

According to the BCB press release, Mehdi Hasan Rana has been banned for one month. The punishment of pace bowler Mehdi Hasan Rana, who plays for the Chittagong Division in the ongoing National Cricket League, will be effective immediately.

The left-arm pace bowler was disciplined by the board for making comments on social media and a national daily that were deemed unacceptable coming from a BCB-registered player. Rana is severely warned for his indiscretions.

Before this, pacer Mehdi Hasan Rana gave a long post on his Facebook page on October 11. This pacer from Barisal expressed disappointment that he did not get a chance to play in the national team. He also spoke against a BCB selector there. Shortly after this, the pacer deleted the post again. But by that time that post came to everyone’s attention.

The next day, with another post, Rana said that he was on the field playing a National League match when he posted the previous post. This pacer said that the post was given from the admin panel of his page.